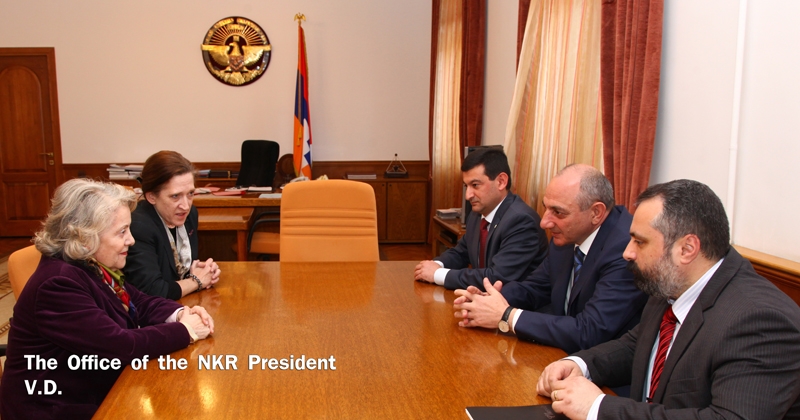 
STEPANAKERT, 18 APRIL, ARMENPRESS. On April 18, Artsakh Republic President Bako Sahakyan received distinguished Italian writer of Armenian origin Antonia Arslan and accompanying her professor of the New York University Siobhan Nash-Marshall. As the Central Information Department of the Artsakh Republic President reports to "Armenpress", a range of issues related to life in Artsakh and the Motherland-Diaspora ties were touched upon during the meeting.

President Sahakyan noted that Antonia Arslan and her works are held in special respect in Artsakh, her contribution to the international recognition of the Armenian Genocide and the process of representing the Armenian nation's culture and history to the different countries deserve the highest valuation. Head of the tourism and historical environment protection department under the Cabinet of Ministers Sergey Shahverdyan was present at the meeting.