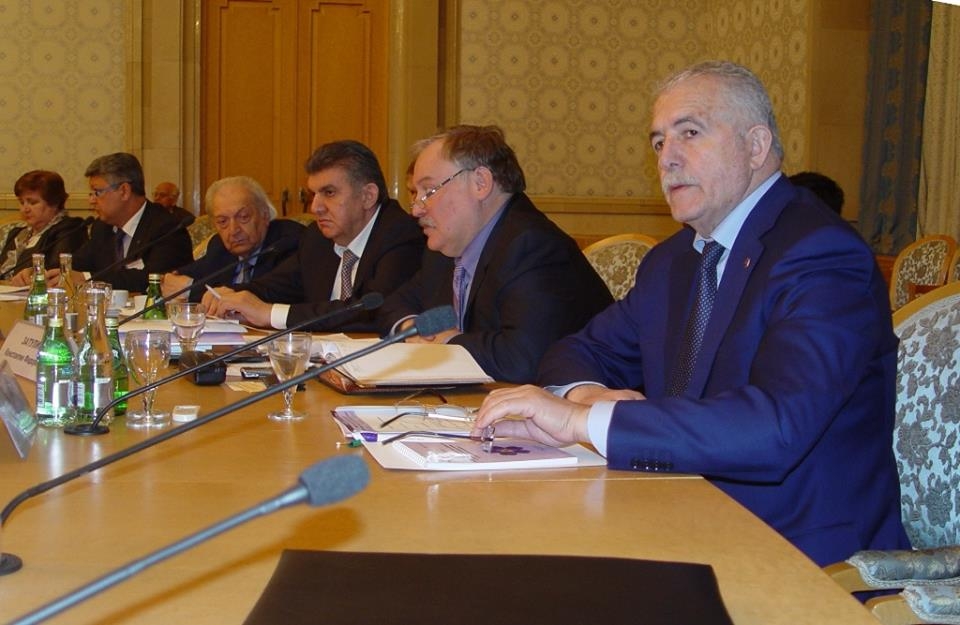 
YEREVAN, 18 APRIL, ARMENPRESS. On April 17, Ambassador of the Republic of Armenia to the Russian Federation Oleg Yesayan, President of the Union of Armenians of Russia Ara Abrahamyan, Director of the CIS Institute, member of the Public Council of the Russian Federation Konstantin Zatulin, experts of universities and research centers of Moscow, as well as famous political scientists, diplomats and journalists participated in a conference on “Crime Without an Expiration Date: Ahead of the 100th Anniversary of the Armenian Genocide” at President Hotel in Moscow. The conference was organized by the CIS Institute, the Public Council of Russia and the Union of Armenians of Russia.