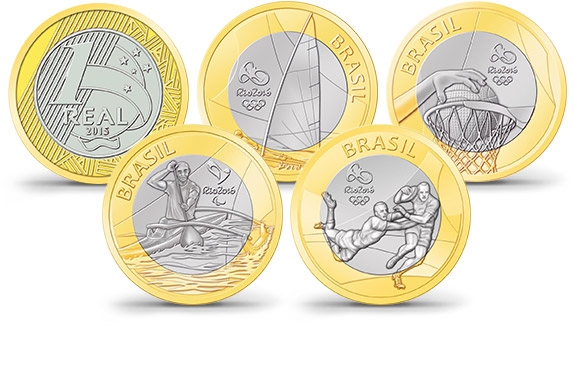 YEREVAN, 18 APRIL, ARMENPRESS: In circulation since last November, the Rio 2016 commemorative coins have already sparked an unprecedented collecting craze in Brazil, Armenpress reports, citing the official website of the Games. Now fans have even more reason to be excited, as the second batch has been released on the market. With 80 million units, the latest circulation coins have introduced three more Olympic sports to the collection – basketball, rugby and sailing – and one more Paralympic sport – canoeing. There are also gold and silver coins, which are special collectors’ items, bearing exclusive designs.
“We are very proud to see how the Brazilian public have reacted to the coins,” said Sylmara Multini, Rio 2016’s licensing director. “Coin collecting is not a common pursuit in Brazil, but we hope this will be a legacy for the country. The commemorative coins are a traditional aspect of the Games, and a good way to engage the public with the event.”
The choice of basketball and sailing reflects the fact that these are the two sports in which Brazil has won the most Olympic medals. Meanwhile, coins depicting rugby sevens and paracanoe have  been minted to mark the debut of these two sports at the Rio 2016 Games.
In addition to the coins for common circulation, which are worth one Brazilian real, collectors can purchase four silver coins, which are worth five reals. Each of them depicts a sport being practiced in front of a famous Rio landmark, with a Brazilian cultural icon on their opposite side. The combinations are: running in front of Sugarloaf Mountain with the Contemporary Art Museum designed Oscar Niemeyer; beach volleyball on Copacabana beach with Brazilianchorinho musicians; cycling past the Vista Chinesa monument with a toucan; and rowing under the gaze of Christ the Redeemer with the tropical helicônia flower. There is also one gold collectors’ coin, worth 10 reals, depicting Christ the Redeemer statue with a pole vaulter on the other side.