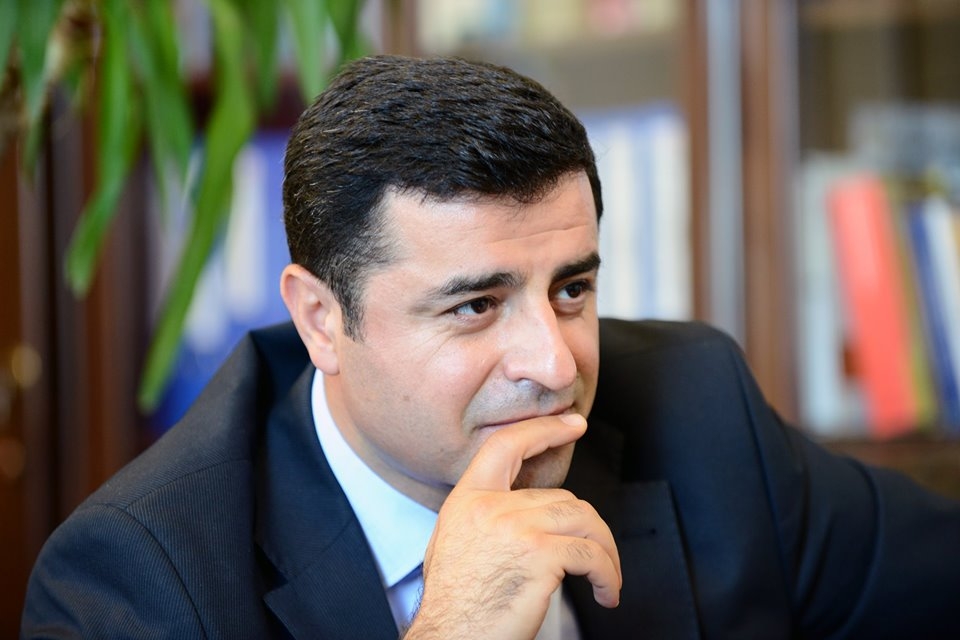 
YEREVAN, 17 APRIL, ARMENPRESS. The Leader of Turkey's pro-Kurdish People's Democratic Party Selahattin Demirtaş expressed his support for the statement of Pope Francis on the Armenian Genocide. As Armenpress reports, the “Haberler” periodical informed about this.

Demirtaş, who has repeatedly spoken about the Armenian Genocide, has emphasized the necessity to study the past and demonstrate the reality. "It is necessary for the Government to begin the work to study the reality related to the event of the past. The Pope says something, they react like a child. People find it difficult to understand,” the Party’s leader noted, calling on the Government to explain how to face with the reality related to the Armenians. This topic is officially undiscovered. Saying that we do not accept the Pope, this problem cannot be resolved," he underscored.

Previously it was reported that in his sermon during the Divine Liturgy dedicated to the 100th anniversary of the Armenian Genocide offered in St. Peter’s Basilica, Pope Francis called the mass killings and massacres of the Armenian people in the Ottoman Turkey in 1915 a Genocide. He said that the slaughter of the Armenians was the first genocide of the 20th century.

Among other things, Pope Francis said the Armenian killings were the first of three "massive and unprecedented" genocides that was followed by the Holocaust and Stalinism. He said others had followed, including in Cambodia, Rwanda, Burundi and Bosnia.

Pope Francis also honored the Armenian community at the start of the Mass by pronouncing a 10th-century Armenian mystic, St. Gregory of Narek, a doctor of the church. Only 35 people have been given the title, which is reserved for those whose writings have greatly served the universal church.