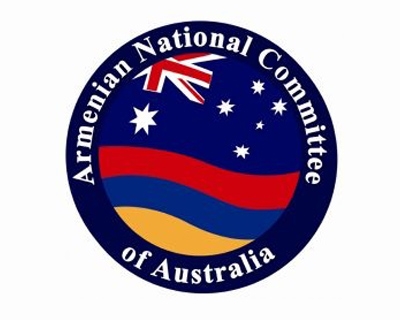 YEREVAN, APRIL 16, ARMENPRESS: The City of Ryde adopted a unanimous motion dedicated to the centenary of the Armenian Genocide at its Council Meeting on Tuesday 14th April 2015. Armenpress reports, citing the official website of the Armenian National Committee of Australia that the motion, which comes 10 years after the City of Ryde became the first local council in Australia to recognize the events of 1915 to 1923 as Armenian Genocide, took the measure to honor the memory of the 1.5 million victims of this crime in its Centenary year.
The motion, just like the one 10 years ago, was introduced by Councilor Sarkis Yedelian before a packed gallery in the Council chambers. Numerous members of the Ryde-Armenian community spoke at the session on the importance of adopting such a motion.

Executive Director of the Armenian National Committee of Australia, Vache Kahramanian welcomes the passing of motion by the City of Ryde.

“The City of Ryde has once again demonstrated its strong moral and principled stance on the Armenian Genocide,” Kahramanian said. “I thank Councilor Yedelian and all councilors for their steadfast and unwavering support, especially in this centenary year.”

The motion, which was adopted reads:

(a) honor the memory of the innocent men, women and children who fell victim to the first modern genocide;

(b) condemn the genocide of the Armenians; and all other acts of genocide as the ultimate act of racial, religious and cultural intolerance;

(c) recognize the importance of remembering and learning from such dark chapters in human history to ensure that such crimes against humanity are not allowed to be repeated;

(d) condemn and prevents all attempts to use the passage of time to deny or distort the historical truth of the genocide of the Armenians and other acts of genocide committed during this century;

(e) recall the testimonies of Australian WWI POWs who lay witness to the genocide of the Armenians;

(f) acknowledge the significant humanitarian contribution made by the people of Australia to the victims and survivors of the Armenian Genocide; and

(g) call on the Commonwealth of Australia to recognize and condemn all genocides including the Armenian Genocide.