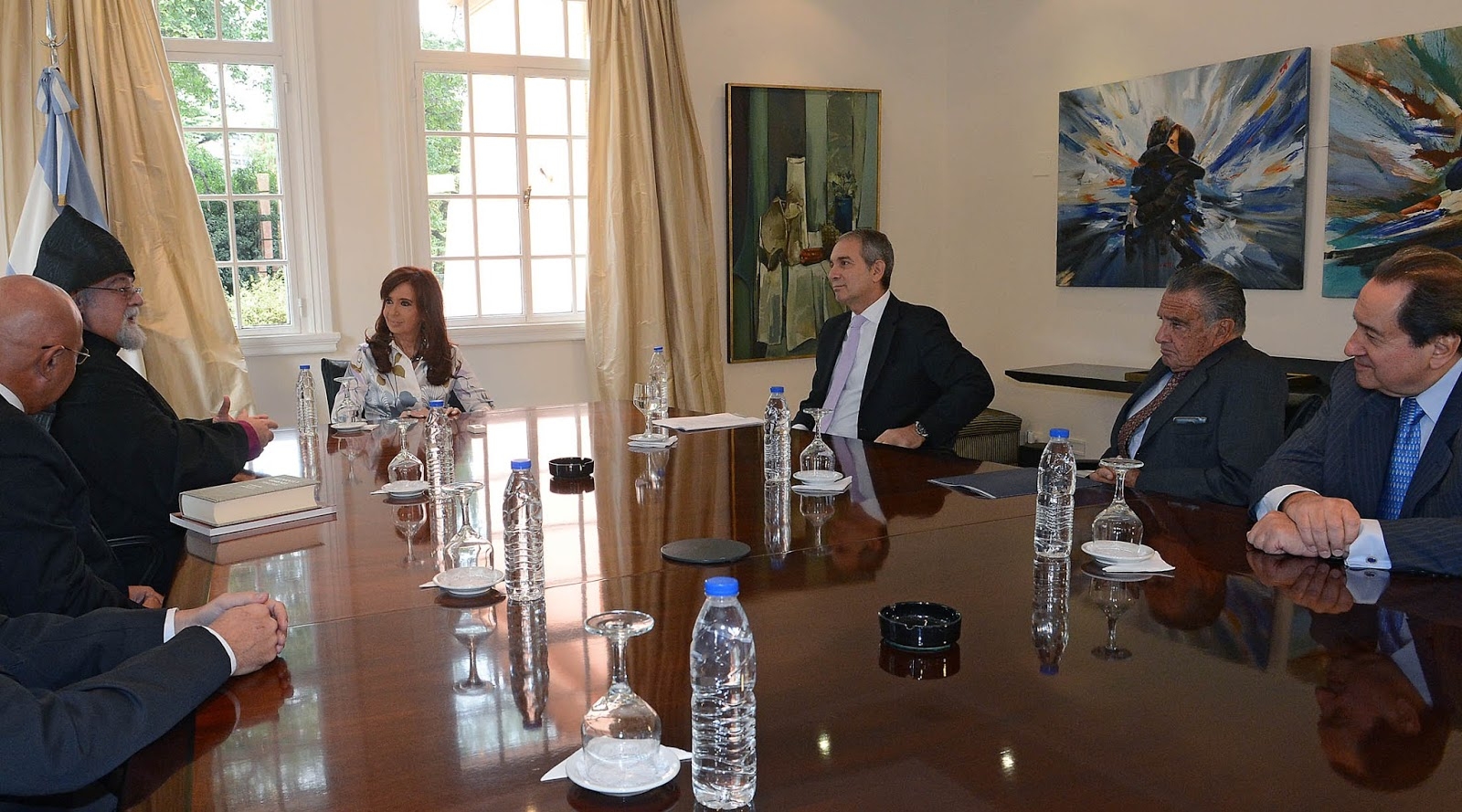 BUENOS AIRES, APRIL 15, ARMENPRESS: The President of Argentina Cristina Kirchner met with the representatives of the Armenian community and expressed her support to the Armenian Genocide centenary commemoration ceremony. Armenpress reports, citing the PrensaArmenia.com.ar that the press service of the Argentinean President spread a press release on that.

The abovementioned meeting was attended by the Argentina’s Minister of Justice and Human Rights Julio Alak, the Archbishop of the Armenian Apostolic Church of Argentina and Chile Kisag Muradyan, the representatives of the Armenian National Committee of Latin America and the businessman Eduardo Eurnekian.