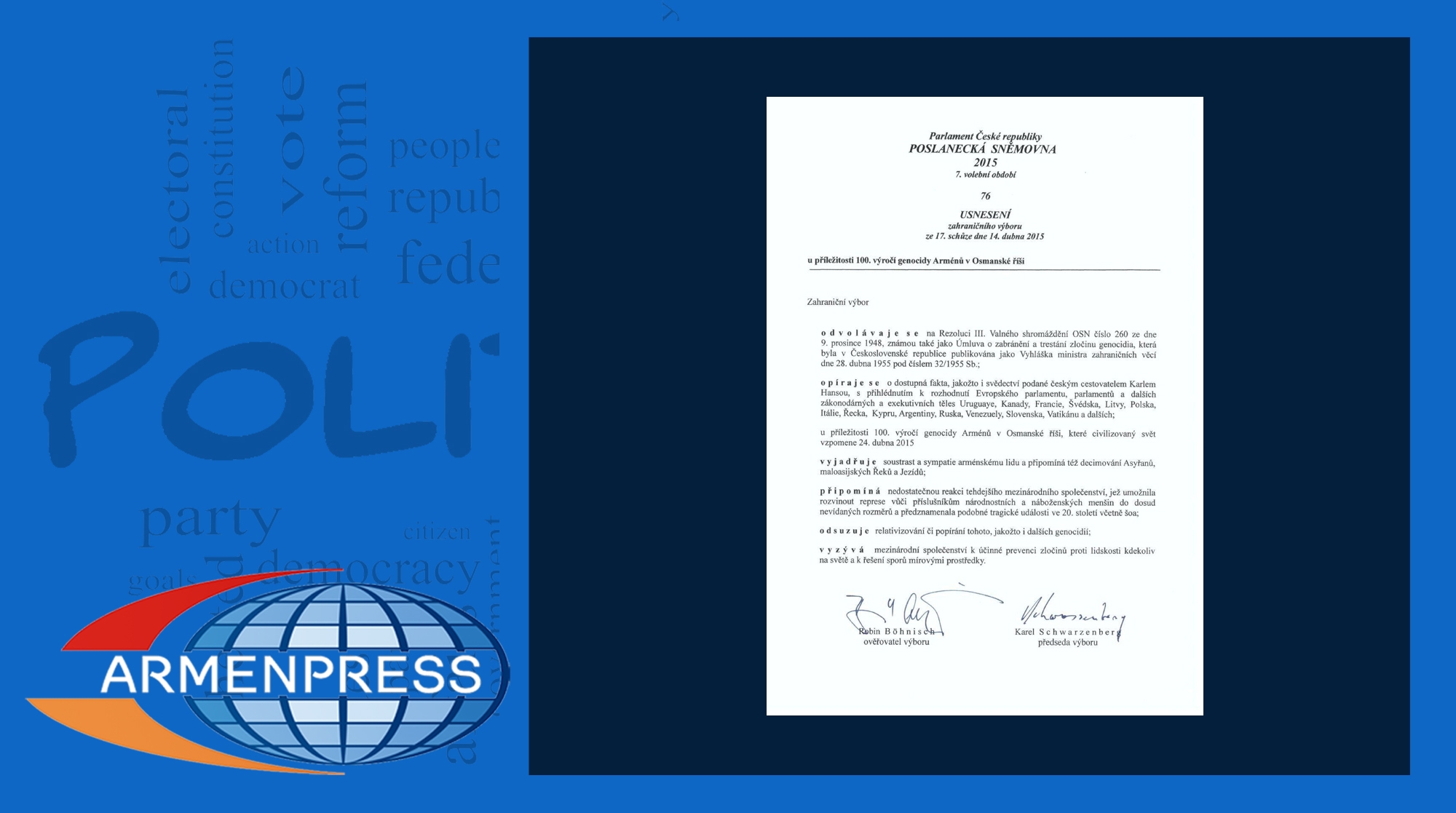 
YEREVAN, 14 APRIL, ARMENPRESS. On April 14, the Foreign Relations Committee of the Chamber of Deputies of the Parliament of the Czech Republic unanimously adopted a resolution dedicated to the 100th anniversary of the Armenian Genocide.

As the Department of Press, Information and Public Relations of the Ministry of Foreign Affairs of the Republic of Armenia reports to “Armenpress”, the Resolution, citing the Convention on the Prevention and the Punishment of the Crime of Genocide adopted by the United Nations General Assembly on 9 December 1948, the decisions of the parliaments and governments of countries having recognized the Armenian Genocide, as well as international organizations, condemns the denial of genocides.

The Resolution is entitled “In Relation to the 100th Anniversary of the Armenian Genocide Perpetrated in the Ottoman Empire”.