Pope Francis to visit Armenia in 2016 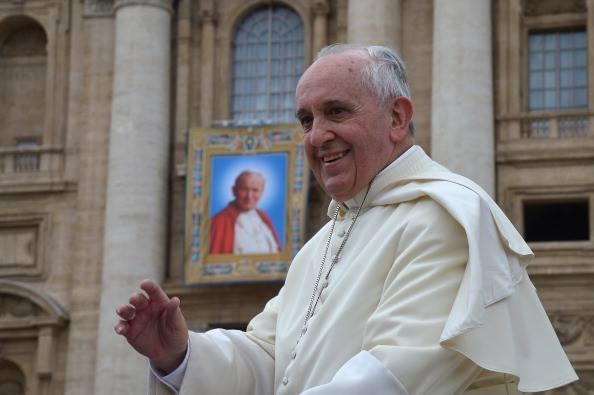 
YEREVAN, APRIL 14, ARMENPRESS. Pope Francis will pay a visit to Armenia in 2016. As reports “Armenpress”, Bishop Hovakim Manukyan, the Director of the Inter-Church Relations Department of the Mother See of Holy Etchmiadzin, stated this at the course of the press conference held on April 14.

Among other things, Bishop Hovakim Manukyan underscored: “By all means, the Pope will visit Armenia, but not on April 24. The visit will take place in 2016. We didn’t invite him for April 24, that’s wrong information. The church invited him for anytime he would like in 2015. But the Pope offered this Divine Liturgy this year for our people; he’ll visit Armenia next year and pay respects to our people. No doubt, he’ll pay a visit to Armenia. The Pope will make an official announcement on that, when time comes.”

Previously it was reported that in his sermon during the Divine Liturgy dedicated to the 100th anniversary of the Armenian Genocide offered in St. Peter’s Basilica, Pope Francis called the mass killings and massacres of the Armenian people in the Ottoman Turkey in 1915 a Genocide. He said that the slaughter of the Armenians was the first genocide of the 20th century.

Among other things, Pope Francis said the Armenian killings were the first of three "massive and unprecedented" genocides that was followed by the Holocaust and Stalinism. He said others had followed, including in Cambodia, Rwanda, Burundi and Bosnia.

Pope Francis also honored the Armenian community at the start of the Mass by pronouncing a 10th-century Armenian mystic, St. Gregory of Narek, a doctor of the church. Only 35 people have been given the title, which is reserved for those whose writings have greatly served the universal church.