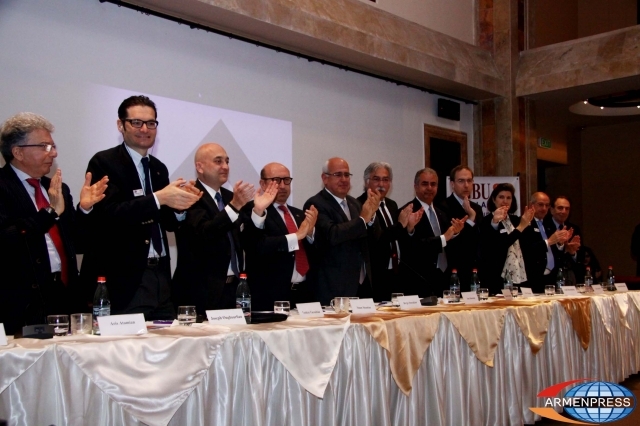 
YEREVAN, 4 APRIL, ARMENPRESS. Former Ambassador of Ukraine to Armenia and Armenologist Alexander Bozhko received the AGBU Garbis Papazian Award. As “Armenpress” reports, the 27th award granted to foreign nationals for pro-Armenian activities was granted to the Ukrainian Armenologist during the 88th General Assembly of the Armenian General Benevolent Union held in Yerevan on April 4.

“What is especially important to me is the fact that the award is being granted to  me ahead of the 100th anniversary of the Armenian Genocide. I have written about the Armenian tragedy in Ukraine several times and would like to assure my Armenian brothers and sisters that I will do everything possible to make sure my country officially recognizes and condemns this tragedy against mankind,” Alexander Bozhko mentioned.