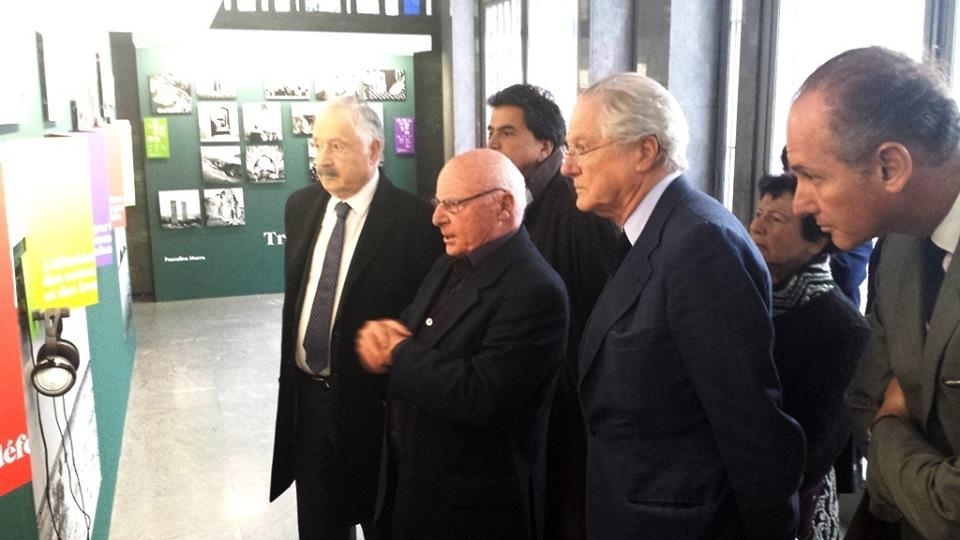 YEREVAN, 3 APRIL, ARMENPRESS: The official opening ceremony of the exhibition, dedicated to the Armenian Genocide centenary, was held on April 2 at the Holocaust Memorial in Paris, attended by the Ambassador Extraordinary and Plenipotentiary of Armenia to France Vigen Chitechyan and the President of the Memorial Eric de Rothschild.
The press service of the Ministry of Foreign Affairs of the Republic of Armenia informed Armenpress that the opening ceremony was attended by the political figures, researchers, journalists of France and hundreds of guests. Opening speeches were delivered by Vigen Chitechyan, Eric de Rothschild, Yves Ternon and Claire Mouradian.
“Our struggle is a civilization struggle. We proceed from the principle that in this world the mission of a man is not the atrocities. Our struggle is against the distortion of the human image and mission. A struggle, which aims at protecting the human essence and dignity”, - concluded the Armenian Ambassador.