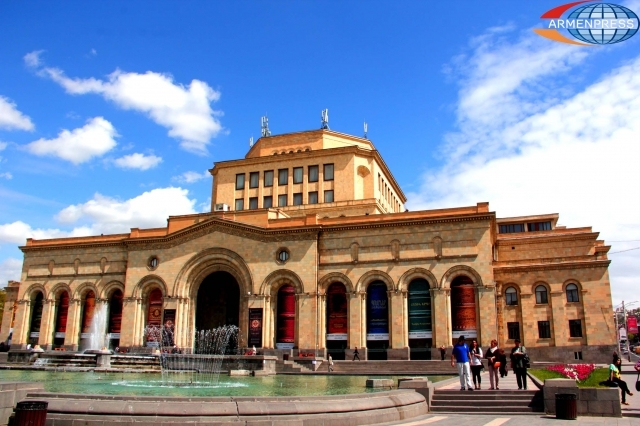 
YEREVAN, 3 APRIL, ARMENPRESS: 100 musicians from 40 countries will participate in the concert dedicated to the Armenian Genocide, which will be held on April 24 in Republic Square. The Department of the Public Relations of the State Youth Orchestra of Armenia informed “Armenpress”, that on April 24, at 20:15 pm the concert of «24/04 Orchestra» will take place at the Republic Square.

Around 100 musicians will arrive to Armenia from over 40 countries of the world and join their Armenian colleagues. The multinational musicians by that exclusive concert will make calls on peace, love and humanity. The concert will be conducted by Sergey Smbatyan, Hovhannes Chekijyan, Gianluca Marciano and Michael Yurovsky. The concert will be launched within the framework of the events of the Centennial of the Armenian Genocide.