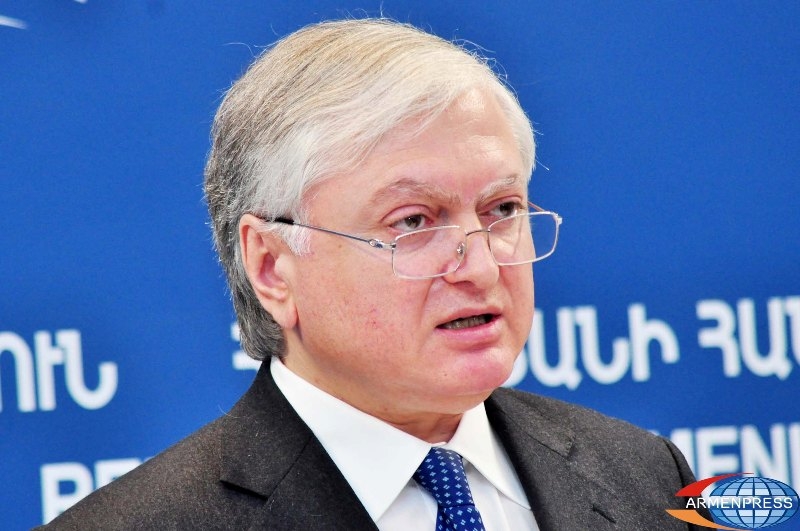 
YEREVAN, 2 APRIL, ARMENPRESS. Armenia’s Minister of Foreign Affairs Edward Nalbandyan will be on an official visit to Moscow on 7-8 April, as “Armenpress” reports, citing TASS, according to official representative of the Ministry of Foreign Affairs of the Russian Federation Alexander Lukashevich.

“The negotiations with Minister of Foreign Affairs of Russia Sergey Lavrov will be over a broad range of issues related to the Armenian-Russian cooperation in the political, economic and humanitarian spheres, as well as the deepening of partnership within the framework of the Eurasian Economic Union,” said the diplomat.