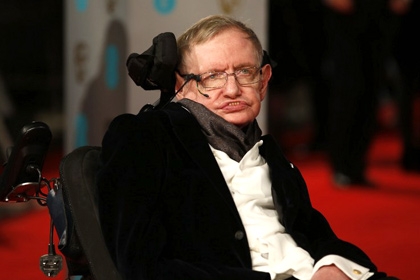 
YEREVAN, APRIL 2, ARMENPRESS. British physicist Stephen Hawking is getting his name trademarked, joining the ranks of celebrities like children's writer J K Rowling and football player David Beckham, who have turned their names into brands.

As reports “Armenpress’ citing domain-b.com, Professor Hawking, 73, is particularly known for his books that have helped popularise quantum physics. He has applied to the UK's Intellectual Property Office to have his name formally registered, even as another English physicist, Brian Cox, has already made the move.

Professor Hawking, subject of the Oscar-winning film The Theory of Everything, says his primary aim is to prevent others from exploiting his name with inappropriate products.

''It's a personal matter for Stephen Hawking. It is not a university issue, but he has taken measures to protect his name and the success it has brought,'' said a spokesman for Cambridge University, where he is director of research at the Department of Applied Mathematics and Theoretical Physics.

He has also applied to get his name trademarked for charitable purposes, giving him the option of setting up a foundation, such as one to promote physics or for research into motor neuron disease, which has left him paralysed.

Chris McLeod, president of the Institute of Trademark Attorneys, said the move could be worth millions of pounds.

''It depends on how successfully his advisers can license and market products and services. If he were to die, then the trademarks could be transferred to his foundation or offspring - they could be a never-ending monopoly,'' he told London's Sunday Times.