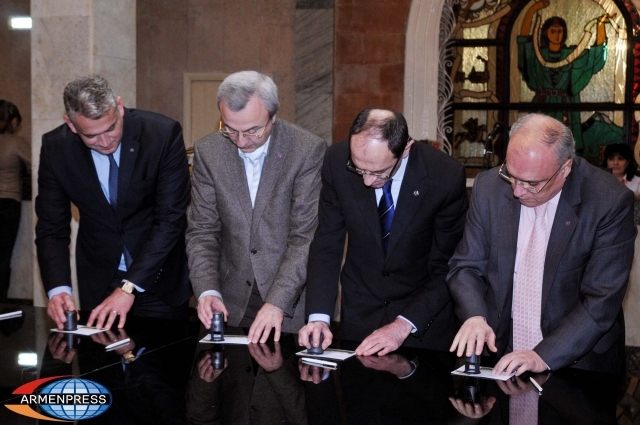 
YEREVAN, 2 APRIL, ARMENPRESS. Ahead of the Centennial of the Armenian Genocide, Cyprus’s post office and Armenia’s HAYPOST CJSC are placing into circulation two stamps, one with the image of the Melkonian Institute, and another with the image of the students. One of the stamps portrays the building of Melkonian School and the trees that the orphans having taken shelter at the school, planted in memory of their martyred parents. The other stamp portrays the first students, with the Melkonian Institute in the background.

During the ceremony of redemption of the stamps, Deputy Minister of Foreign Affairs of the Republic of Armenia Shavarsh Kocharyan attached importance to this initiative undertaken by the postal services of Armenia and Cyprus and emphasized that the Melkonian Institute was an important milestone for Armenian orphans following the Armenian Genocide.