System of a Down's world tour to highlight Armenian Genocide 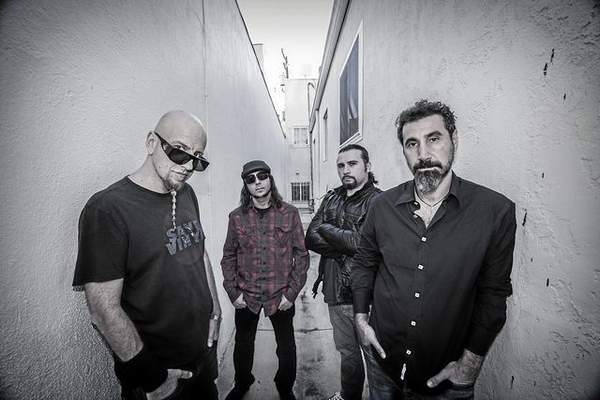 
YEREVAN, APRIL 2, ARMENPRESS. From Inglewood’s Forum to Yerevan’s Republic Square, Los Angeles-based metal-rock group System of a Down will use stages around the world to raise consciousness for an act committed 100 years ago that was intended to wipe out a whole ethnic group.

As reports “Armenpress” citing Los Angeles Daily News, the band kicks off its Wake Up the Souls Tour at the Forum on Monday, and the appearance is a rare treat for fans who have missed the guys since they released their last album in 2005. But for this group — who all hail from the L.A. area — each concert provides a powerful platform to bring international attention to the Armenian Genocide.

“For us as Armenian Americans — as band members who all have had family go through this — it’s important for us not only to bring awareness but also justice to this cause,” said System frontman Serj Tankian. “Genocide still occurs today. This is a disease that still keeps occurring.”

Tankian and drummer John Dolmayan, whose relatives were survivors of the genocide, discussed the upcoming tour at a press conference Wednesday with Rep. Adam Schiff, D-Burbank, and others hoping to push the Obama administration and the Turkish government to officially recognize the genocide.

The goal is especially timely, as Armenians mark April 24, 1915, as the start of the atrocity. On that date, their nation’s intellectuals were rounded up, arrested and later executed by Turkish soldiers as part of a movement to “Turkify” the region.

Schiff’s district, which includes Pasadena, Glendale and Burbank, encompasses the largest Armenian Diaspora outside of Armenia.

Schiff said the U.S. government’s failure to acknowledge the event is based on maintaining relations with Turkey, a NATO ally. He believes the Obama administration has been bullied by Turkey, which he said has been uncooperative and unsupported in the current U.S.-led coalition to fight the Islamic State as it has had pillaged towns, killed religious minorities and destroyed ancient churches.

“This is the year, the 100th anniversary of the Armenian Genocide, when we need to make sure our president and Congress do the right thing,” said Schiff, who plans to read the names of some of those killed on the House floor on April 22. “America must play its part to help close this wound.”

And Turkey must recognize the event to become a true democracy, said Taner Akcam, one of the first Turkish scholars to acknowledge the Armenian Genocide.

“The failure of not recognizing it is one of the reasons why Turkey has lots of deficits,” Akcam said. “We should really pressure the U.S. government and stop supporting a denialist regime.”

Tankian said his band had wanted to perform in Turkey this year, which would have been a first, but permission from the country stalled.

“We have a lot of friends in Turkey,” Tankian said. “This growing movement within Turkey is something to be very proud of. It’s a big deal for them to fight for recognition.”

As for whether a new System of a Down record is on its way, Dolmayan said all focus remains on the upcoming tour for now, which includes an April 23 performance in Armenia — a first for the band.

And if recognition finally comes from the Obama administration and Turkey, the group will know its mission has been accomplished.