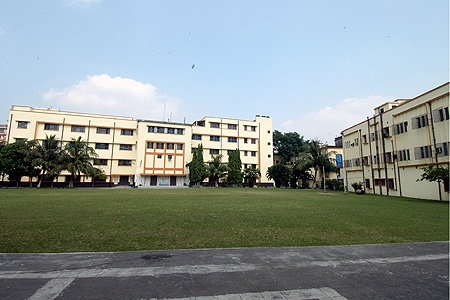 As reports “Armenpress” citing Asbarez, ACPA was founded in 1821 in then-Calcutta by Astvatsatur Muradghanian and Mnatsakan Vardanian, prominent members of the Armenian community in the city.

It was the only educational center in the East established to educate children of the Armenian community.

“We had a simple program today to mark founders’ day — the day when the school was established,” ACPA principal Soumitra Mallick said. “There was a prayer service and national anthems of India and Armenia were sung.”

“There were welcome speeches, dramatized poems and a performance by the school choir. We celebrated the legacy of cooperation between the two countries,” Mallick told IANS.

The institution currently has 40 Armenian students from Armenia, Iraq and Iran with facilities for kindergarten to 10th grade.

Kolkata has been home to Armenian Christians since the 17th century and as many as 30 families continue to be an integral, yet quiet, part of the bustling metropolis.

A pivotal aspect of their culture is the Holy Church of Nazareth, located in Burrabazar in the central part of the city.

There are five magnificent churches across the state, including Stephen’s Court in Park Street, that boast of splendid edifices.