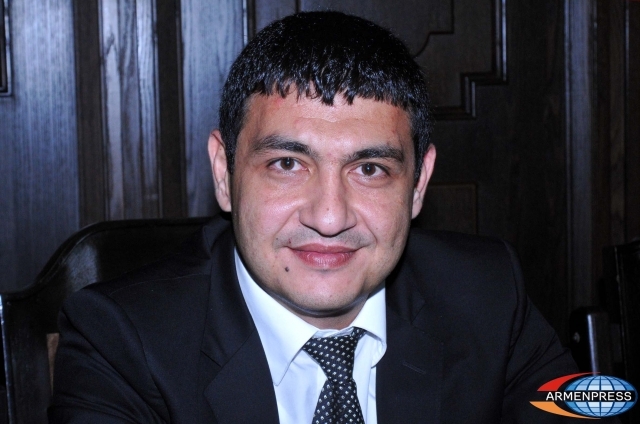 
YEREVAN, APRIL 2, ARMENPRESS. In accordance with the decision of the Government of the Republic of Armenia, Abovyan’s Mayor Karapet Guloyan has been appointed the Governor of Armenia’s Kotayk Province. As reports “Armenpress”, the Minister of Territorial Administration and Emergency Situations of the Republic of Armenia Armen Yeritsyan stated that the newly appointed Governor of Kotayk Province was born in 1979 and graduated from the Law Faculty of the Yerevan State University.

Previously it was reported that the governor of Armenia’s Kotayk Province, Aram Harutyunyan, had been relieved of his duty. The respective decision was made at Thursday’s Cabinet session. Harutyunyan is leaving office for another job.