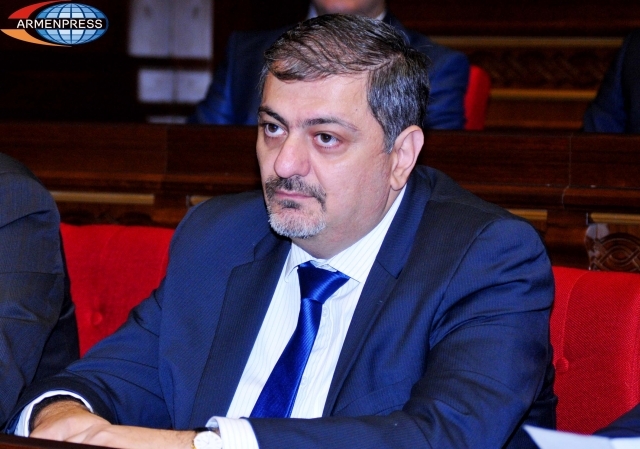 
YEREVAN, APRIL 2, ARMENPRESS. Russian “IT Summit 2015” has kicked off in Armenia’s capital Yerevan. The representatives of about 100 prominent Russian companies take part in the event. The Vice Prime Minister of the Republic of Armenia, Minister of International Economic Integration and Reforms of the Republic of Armenia Vache Gabrielyan made remarks at the opening of “IT Summit 2015”.

As reports “Armenpress”, the Deputy Prime Minister of the Republic of Armenia Vache Gabrielyan assured that Armenia is extremely interested in the Russian companies’ activities here, particularly representing the IT sector.

Among other things, Vache Gabrielyan underscored: “I am hopeful that Armenia’s accession to the Eurasian Economic Union will become an impetus for that. We have such cases, when the Russian capital flow to Armenia is increased due to the country’s attractiveness. For instance, we can mention particularly “Rusal Armenal” company, which is a offshoot organization of “Rusal” company.”

“The aforesaid company operates in Armenia for a long time and currently exports its products to Europe on a much better conditions, than its Russian counterpart. As we have GPS+ privileged regime with the EU, while Russia lacks it at the present moment,” Armenia’s Vice Prime Minister concluded.