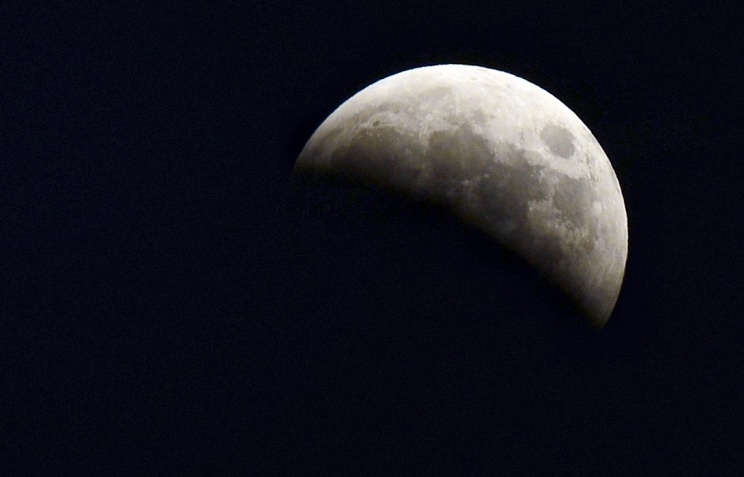 YEREVAN, APRIL 2, ARMENPRESS: Only the speediest of sky watchers will have a chance to see the total lunar eclipse rising Saturday: NASA predicts that the total phase of the lunar eclipse will only last about 5 minutes, making it the shortest lunar eclipse of the century, Armenpress reports, citing space.com.
Early-rising observers all over the United States should be able to see at least the partial phases of the April 4 lunar eclipse just before the sun rises, if weather permits. People on the West Coast will have the chance to see the moon turn an eerie shade of red during totality, which should begin at about 7:58 a.m. EDT (1158 GMT, 4:58 a.m. PDT).  NASA this week unveiled a video detailing the total lunar eclipse, and dubbed the event the shortest lunar eclipse of the century in an announcement on Monday (March 30) in detail.
Observers in other parts of the world will have an even better chance to see the lunar eclipse. Stargazers in Australia, Japan, China, and Southeast Asia will get the chance to see the eclipse on the night of April 4, according to Sky & Telescope. (Sky & Telescope predicts that the total phase of the eclipse will actually last about 9 to 12 minutes starting at 7:54 a.m. EDT.)