Chairman of Armenia’s Parliament meets with Armenian community of Cyprus 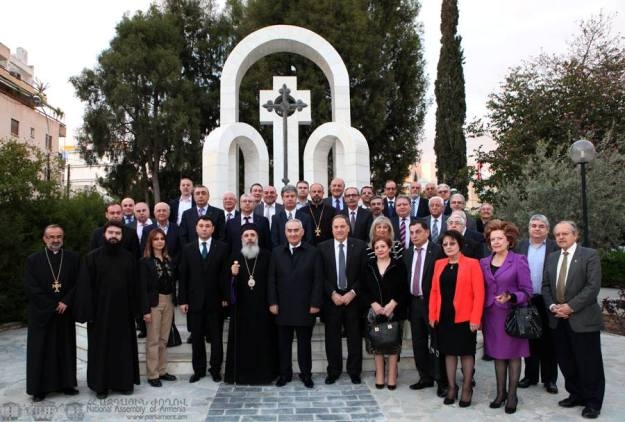 The participants of the meeting thanked the parliamentary delegation for visiting the Republic of Cyprus. Then the attendees addressed their questions to the NA President Galust Sahakyan. They discussed problems relating to the Armenian-Azerbaijani relations, the situation in the line of contact, and social, political and economic issues. Galust Sahakyan has noted particularly that the Armenian soldier has not been defeated up to now: this speaks about the military high readiness of the RA Armed Forces.

Let us remind that the NA Vice President Eduard Sharmazanov, and deputies Vahram Baghdasaryan, Armen Mkhitaryan, Mikayel Manukyan and Lyudmila Sargsyan are included in the delegation led by the NA President Galust Sahakyan.