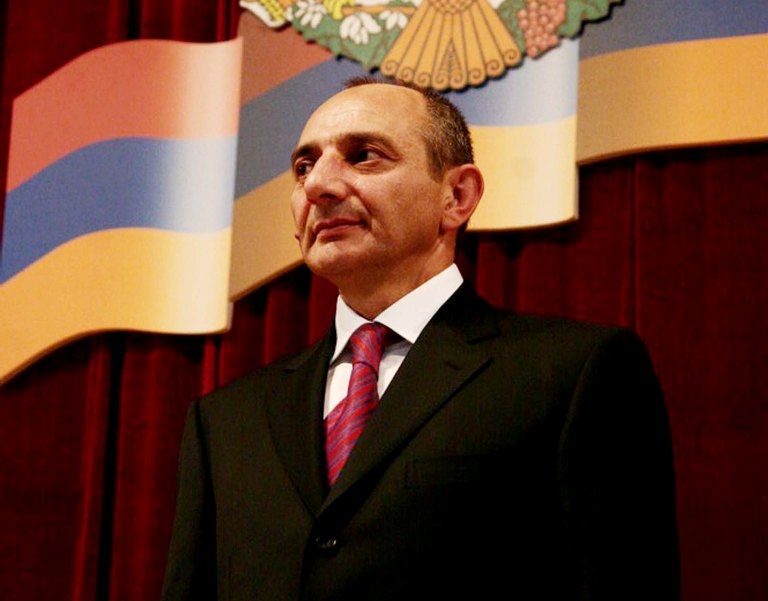 
YEREVAN, 2 APRIL, ARMENPRESS. The years following the Armenian Genocide and modern history lessons have already outlined our future acts, and the Armenian people should work hard to heal the wounds and become stronger. The President of Nagorno-Karabakh Republic Bako Sahakyan stated this in a conversation with “Armenpress”. He reflected on the plans and assured that the Armenian armed forces are ready to confront any provocation of the rival and maintaining the security of the country.

- The Armenian Genocide is the most tragic page in the history of the Armenian people. As a result of terrible crime committed by Turkey, 1.5 million innocent Armenians were subjected to the slaughter and the Armenians were forced to leave the vast part of our historic homeland. This crime also was the first genocide in the world history, not recognizing and not condemning it led to the new genocides and massacres.

- Not only the Armenian people must learn lessons from the Armenian Genocide, but also the whole civilized humanity. If the Armenian tragedy were recognized and condemned in time, and the organizers were punished, perhaps there would not be a lot of other genocides around the world. In fact, many political figures, academicians, experts and ordinary people, who represent different states, have the same opinion.

Until today, the government which committed the genocide, Turkey, not only does not recognize and condemn this crime, but continues to struggle against the recognition of the Armenian Genocide, conducts an emphasized anti-Armenian policy, cooperating with another genocidal state – Azerbaijan. Such behavior should be condemned by the international community and it is not only the problem of the Armenian diplomacy. I repeat, supporting the criminal and aggressor or taking no notice of its steps encourages carrying out of new crimes against humanity in different parts of the whole world.

- Mr. Sahakyan, the 100th anniversary is a milestone, not the destination, and in this case, how one should look at the future, and what should be our priorities in the future?

- It is normal, that the 100th anniversary cannot be the final destination, because this crime and its consequences have no statutory limitations. We must continue to strengthen and develop the independent of the Armenian statehood, even more strengthen the Armenia-Artsakh-Diaspora trinity. This is the most reliable guarantee of keeping alive the memory of our perished brothers and martyred sisters and preventing new tragedies.

- Many military experts express opinion, that till April 24 Azerbaijan will continue to escalate the border tension and apply the provocations by Turkey's request. Do You agree with this opinion, and to which extent are the NKR armed forces ready for such developments?

- In the face of Azerbaijan, as I have already mentioned, we deal with a genocidal state, which had also organized the massacres of the Armenian people and which till today continues its policy of the terrorism. By all means, taking into account that on April 24 all the Armenians will commemorate the memory of victims of the genocide, the rival will take steps in the direction of destabilization of the situation, but all their attempts are doomed to failure. The Armenian army is capable of stopping any encroachment of the enemy and sobering him with a counterattack.