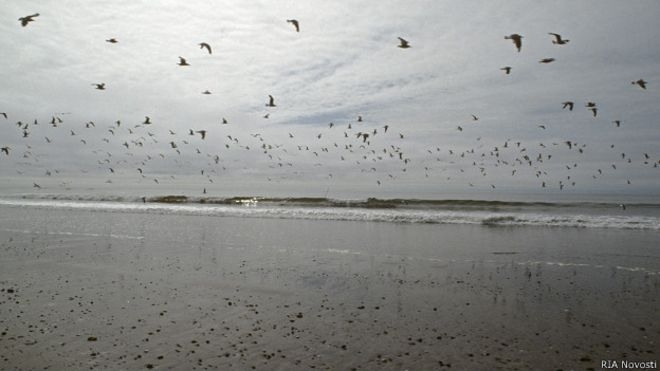 YEREVAN, APRIL 2, ARMENPRESS: A Russian freezer trawler with an international crew of 132 sank Thursday morning in the Sea of Okhotsk off of the Kamchatka Peninsula and at least 43 crew members were killed, rescue workers said, Armenpress reports, citing the Business Insider.
The emergency services in Kamchatka, citing the head of the rescue operation, said 63 crew members were rescued and the fate of the remaining 26 from the Dalny Vostok trawler was unknown.
More than 25 fishing boats in the area helped to rescue the crew members, the emergency services said in a statement on their website.
No cause for the sinking was given. The Interfax news agency said drifting ice in the chilly Pacific waters may have played a role.
Besides Russia, Interfax said crew members came from Latvia, Ukraine, Myanmar and Vanuatu.