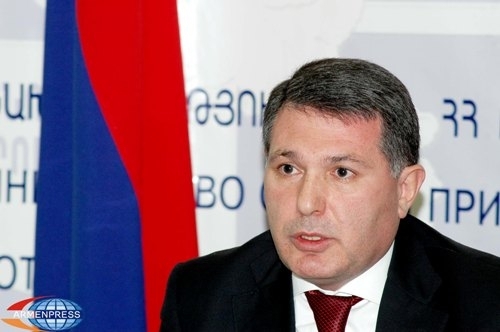 
YEREVAN, 1 APRIL, ARMENPRESS. The draft of the decision on relieving Governor of Kotayk Province Aram Harutyunyan of position has been included in the agenda for the April 2 session of the Government of the Republic of Armenia. As “Armenpress” reports, citing the official website of the Government, according to the draft of the decision, Harutyunyan will be relieved of the position of governor of Kotayk Province to start another job.

Harutyunyan was appointed Governor of Kotayk Province on 8 May 2014. Until then, he was occupying the position of Minister of Nature Protection of the Republic of Armenia.