The Young Turks and Ataturk illegitimately possessed the homeland of the Armenians: German economist 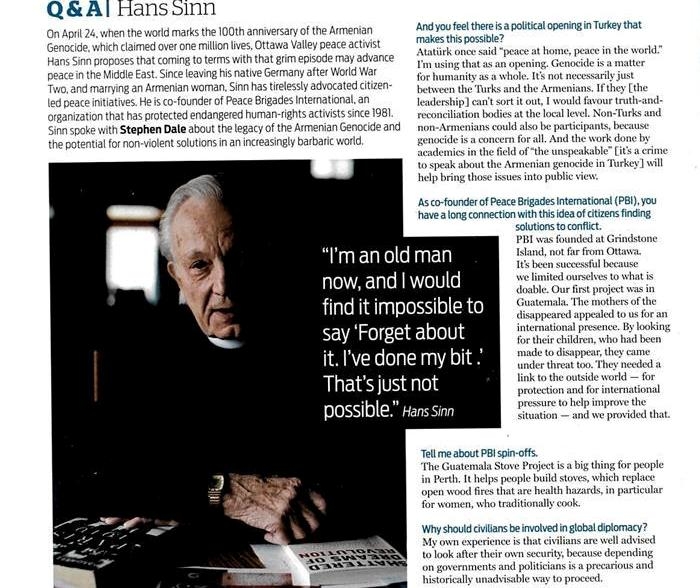 
YEREVAN, 31 MARCH, ARMENPRESS. In its April issue, Canada’s famous Ottawa Magazine has published an interview with famous German economist, President of the Institute for Economic Research of Germany Hans Sinn. In the interview with Steven Dale, Sinn has touched upon the consequences of the Armenian Genocide and the opportunities to confront the growing barbarity through peace. As “Armenpress” reports, Sinn mentioned that the Young Turks and Ataturk illegitimately possessed the homeland of the Armenians and Kurds by initially planning and perpetrating the massacres and the deportations of the Armenians and Kurds. The Armenians and Kurds had paid the price before Ataturk was able to save the Ottoman Empire, the legal successor of which is modern-day Turkey.

Sinn stressed the fact that the Armenian Genocide is an issue concerning all mankind and not only the Turks and Armenians.