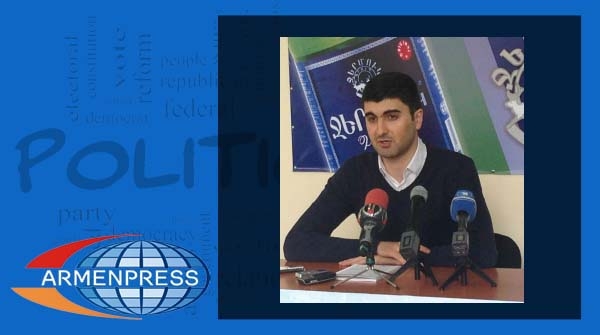 
YEREVAN, 24 MARCH, ARMENPRESS. The Parliament of Georgia won’t pass a resolution on the Armenian Genocide. “Taking into account Georgia’s trade and economic relations with Turkey and Azerbaijan, as well as the presence of Turkish and Azerbaijani communities in Georgia, the Armenian deputies’ discussions on the Armenian Genocide resolution in the Georgian parliament won’t be fruitful,” member of the board of the European Integration” NGO, political scientist Narek Minasyan mentioned during a March 24 press conference, as “Armenpress” reports.

The political scientist noted that the ruling Georgian elite is facing two very serious choices ahead of the Centennial of the Armenian Genocide. “Turkey, which is Georgia’s number one partner in trade and economy, has invited Georgia to participate in the celebrations dedicated to the 100th anniversary of the Battle of Gallipoli, and Georgia’s decision to accept or decline the invitation will show the relations of which country are considered overriding for the Georgian government,” Minasyan underscored.