Armenian President had a phone call with Vladimir Putin 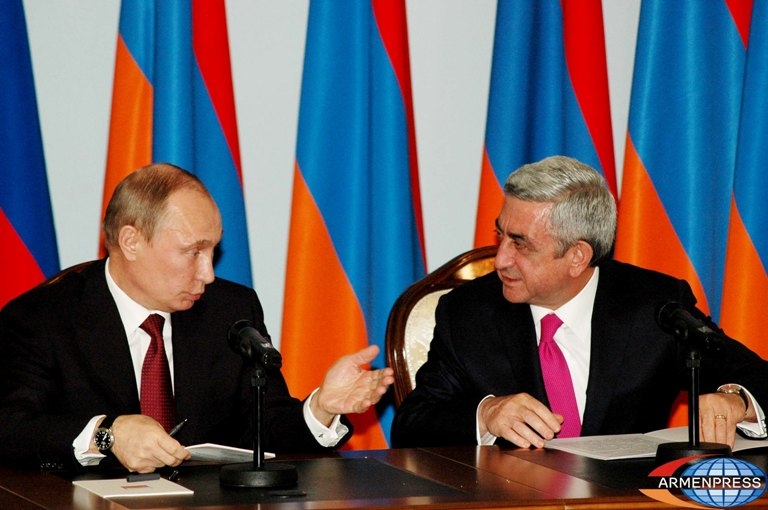 YEREVAN, MARCH 12, ARMENPRESS: The President of the Republic of Armenia Serzh Sargsyan today held a telephone conversation with the President Vladimir Putin of the Russian Federation. The press service of the Armenian President’s Office informed Armenpress that Serzh Sargsyan and Vladimir Putin discussed the key aspects of the strategic partnership between Armenia and Russia, exchanged views on further integration processes followed by the entry into force of the Treaty on Armenia’s Accession to the Eurasian Economic Union Treaty on January 2. As part of issues concerning bilateral collaboration, Presidents Serzh Sargsyan and Vladimir Putin reflected especially upon the peaceful atom and oil and gas sectors.
During the phone conversation, the two heads of state coordinated the schedule of their upcoming meetings to ensure joint participation in the events marking both the 100th anniversary of the Armenian Genocide and the 70th anniversary of the Victory in the Great Patriotic War.