EPP makes step against denialism of genocide crimes: A. Zakaryan 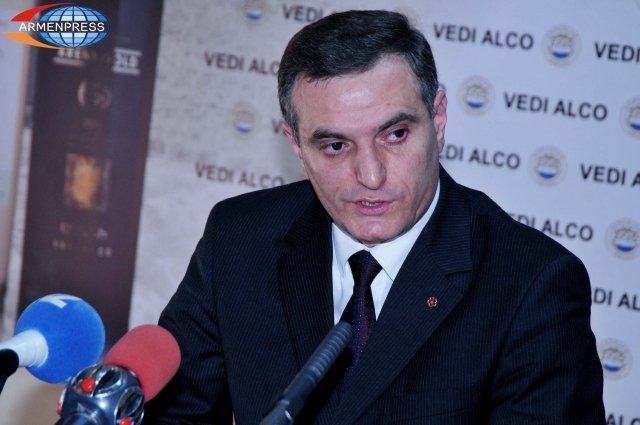 I would like to express my profound gratitude to the European People’s Party for the opportunity of such a resolution within the frameworks of the 100th anniversary of the Armenian Genocide.

We highly appreciate political courage and strong will of the states, international organizations, religious and non-governmental organizations to recognize and condemn the Armenian Genocide.

This resolution can be another step against the denialism of genocide crimes, an obstacle – for new crimes.

The start of a new level of the international recognition and condemnation of the Armenian Genocide has been defined as a priority in the foreign policy agenda of the Republic of Armenia. Such a policy isn’t an end in itself, directed towards relieving only its own pain.

We realize that the people, who have survived the Genocide, the people, who during the last century demonstrated an unbending will and national self-consciousness, restored its sovereign statehood, gave birth to a struggling generation, also has its own part of responsibility in prevention of new genocides. Through achieving recognition and condemnation of a crime we are obliged to remember and make remember, condemn and criticize. Several draft bills on recognizing genocide have already been included in the agenda of our parliament. Every crime of genocide is a manifestation of human cruelty, born as a result of a sense of impunity.

We consider the 100th anniversary of the Armenian Genocide an important milestone in the ongoing struggle for historical justice under the motto “I remember and demand”.

The commencement of the recognition and condemnation process of the Armenian Genocide was first mentioned in 1915 by the joint declaration of France, Great Britain and Russia, where the term “crime against humanity” was used for the first time in the history.

Various documents have been adopted by different countries concerning the recognition of the Armenian Genocide. Any condemning resolution, every criticizing speech and bill has been a unique attitude against Turkish policy of denialism, proof, that restoration of historical justice is inevitable.

But unfortunately we are still struggling against the Turkish policy of denialism on the eve of the 100th anniversary of the Armenian Genocide. For nearly 100 years the historical memory of the whole nation has been violated and denied. In the international platforms the official Turkish lobby spares no efforts to distort historical justice. Turkey doesn’t realize that the denial of the Armenian Genocide and concealment of the historical truth first of all threatens just Turkey on its way of becoming a democratic country.

We call upon the Republic of Turkey to recognize and condemn the Armenian Genocide committed by the Ottoman Empire, and to face its own history and memory through commemorating the victims of that heinous crime against humanity. Distortion, denial of irrefutable reality is nothing but a death caused by the disease of its past.

We will develop our further steps according to this belief.

It is a priority for us to raise the recognition of the Genocide as an important step for humanitarian reasons.

Once again I would like to express my gratitude to our dear friends from the EPP Political Assembly for evidencing the fact of the Armenian Genocide in the international political agenda, for sharing our pain.

The motto “Recognize and condemn in order not to repeat” will always be urgent by us.

Thank you for your attention.”