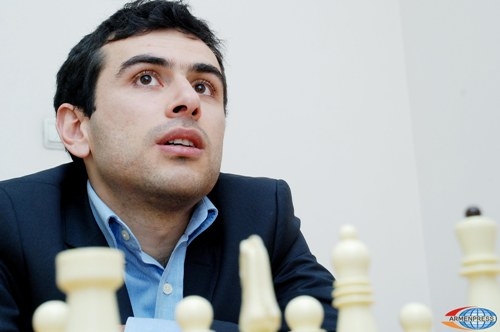 
YEREVAN, MARCH 3, ARMENPRESS. The member of the Armenian Men’s Chess Team Gabriel Sargissian is among the three leaders of the European chess championship.

The European chess championship was opened Monday evening in an impressive ceremony held in Ramada hotel in Jerusalem. Some prominent friends and supporters of Israeli chess were present notably chairman of the finances committee of the Knesset (the Israeli parliament) MP Nisan Slomiansky who was extremely instrumental in raising the funds for the event, chairman of the national lottery general (ret.) Uzi Dayan, who is behind chess tuition projects for youngsters in the periphery and Moshe Slav, chairman of the Israeli chess federation. They all welcomed the participants in warm words wishing them that their stay in the Israeli capital would prove as a source of inspiration in their games.