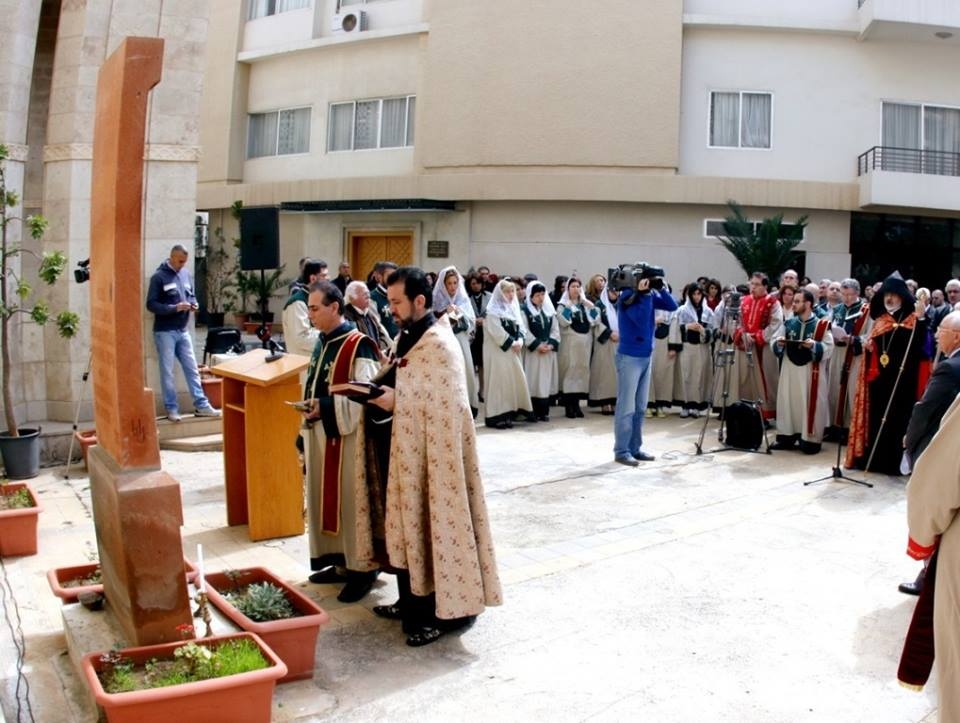 
YEREVAN, 2 MARCH, ARMENPRESS. On March 1, the Surp Nshan Mother Church of Beirut served a Divine Liturgy, which was followed by a Requiem Service in memory of the Armenians who fell victim to the Sumgait Pogrom that took place on 27-29 February 1988.

As the Department of Press, Information and Public Relations of the Ministry of Foreign Affairs of the Republic of Armenia reports to “Armenpress”, among those attending the event were Armenia’s Ambassador to Lebanon Ashot Kocharyan, Representative of the Nagorno-Karabakh Republic in the Near East, members of the Armenian Genocide Centennial Lebanon Central Committee, leaders of Armenian organizations and national structures, as well as MPs, public and political figures and journalists.

In his speech, Armenia’s Ambassador to Lebanon Ashot Kocharyan mentioned that the genocide perpetrated against the Armenians of Sumgait 27 years ago was an example of the first manifestation of the policy on ethnic cleansing in the territory of the Soviet Union. Talking about the Nagorno-Karabakh conflict, the Ambassador emphasized that the people of Nagorno-Karabakh were compelled to defend their right to live freely in a war that was imposed.