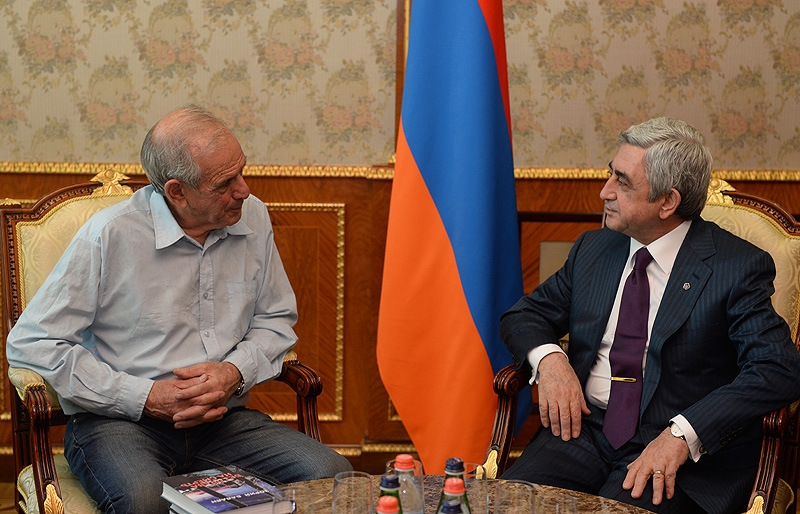 The head of state expressed gratitude once again to the notable Israeli intellectual for his invaluable merit in the international recognition and condemnation of the Armenian Genocide, for always showing interest in the Armenians’ issues and for expressing the willingness to help. Serzh Sargsyan also welcomed Yair Auron’s visit to the Nagorno-Karabakh Republic within the framework of the visit to Armenia. Yair Auron expressed gratitude for the kind words and mentioned that he was very impressed with Nagorno-Karabakh and the peace-loving and dignified people. He emphasized that many Israelis don't know about Karabakh and that when they know the truth, they will surely support the Armenians.