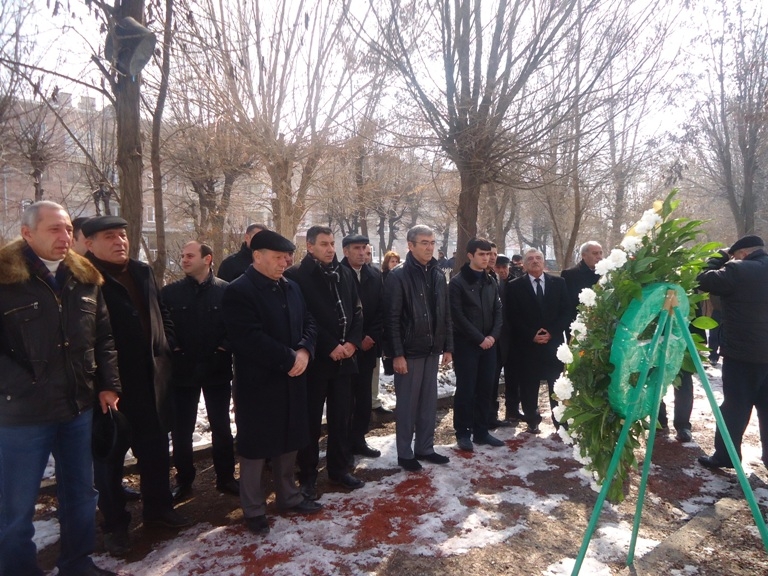 
GYUMRI, 28 FEBRUARY, ARMENPRESS. Citizens of Gyumri respected the memory of the victims of the Sumgait Pogrom with an event dedicated to the 27th anniversary of the Armenian massacres. Among the participants were representatives of Gyumri Municipality led by Deputy Mayor Ruben Manoyan.“Even the history of the USSR when friendship between Soviet republics was propagandized couldn’t discipline the Azerbaijanis. They proved once again that a tribe can’t become a nation. Most of us couldn’t even imagine that such genocide could have begun in those years,” Ruben Manoyan mentioned.

Like every year, the event dedicated to the victims of the Sumgait Pogrom was also held near the cross-stone sculpted by sculptor from Gyumri Zaven Koshtoyan. All the participants laid flowers near the cross-stone to the memory of the victims of the Sumgait Pogrom and respected the memory of the peaceful Armenian civilians with a moment of silence. Most of the survivors of the genocide took shelter in Gyumri in 1988 and shared the fate of the citizens of Gyumri during the devastating earthquake that struck Spitak in December 1988.