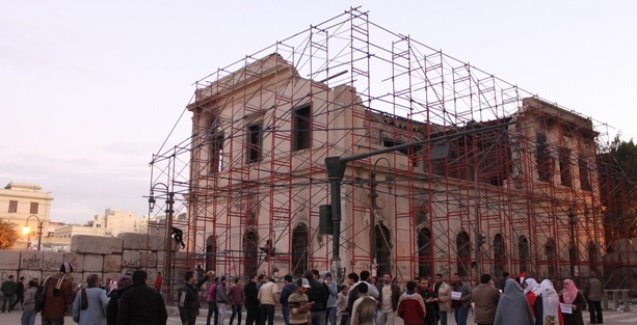 
YEREVAN, 23 FEBRUARY, ARMENPRESS. Turkey has paid over $1 million dollars to the Muslim Brotherhood to eliminate Armenian Genocide documents kept at an institute in Egypt.

This is what founder of Egypt’s Jihat Party Sheikh Nabil Naim announced during the Egyptian government’s session, as “Armenpress” reports, citing DemokratHaber.

In addition, Naim informed that certain members of the Muslim Brotherhood movement, who had made an attempt to start an Islamic revolution in Egypt, also participated in the elimination of the documents devoted to the Armenian Genocide by burning the institute down. Naim declared that “Egypt must punish Turkey for such an act”.