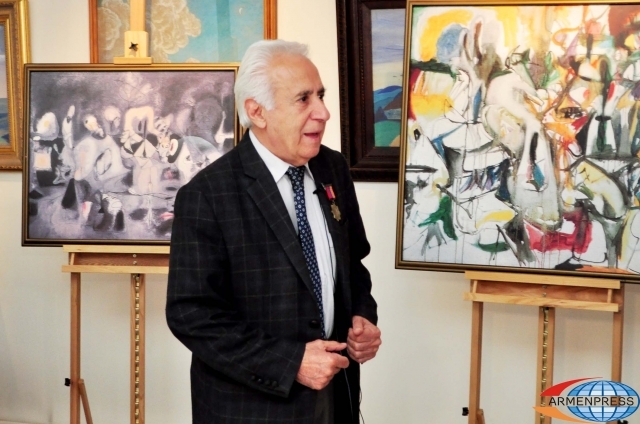 YEREVAN, 10 FEBRUARY, ARMENPRESS. No other nation on Earth has been witness a horrible tragedy like the tragedy of 1915, and after such a tragedy, the Armenian nation and Armenian State must be the best everywhere. This is what art critic Shahen Khachatryan mentioned at the end of his lecture entitled “Genocide in Armenian Fine Arts” at the American University of Armenia on February 10. During his lecture, the art critic presented 55 paintings by Armenia painters devoted to the Armenian Genocide on a screen, talked about the painters and how they had created their paintings.

According to the art critic, on the threshold of the 100th anniversary of the Armenian Genocide, Armenians have to make sure the painful fact is confirmed by all nations. The art critic emphasized that foreign painters have also portrayed the Armenian killings and massacres and that their paintings have also been included in his books.