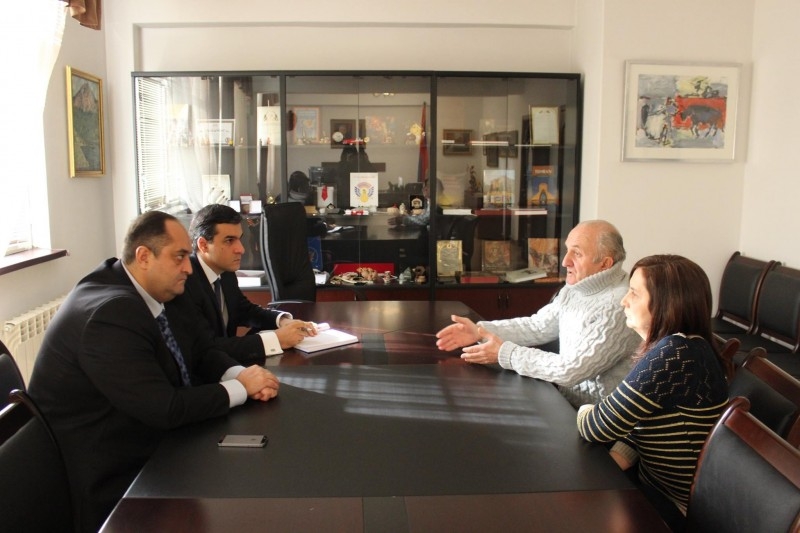 YEREVAN, JANUARY 19, ARMENPRESS: The Minister of Justice of the Republic of Armenia Hovhannes Manukyan on January 19 hosted the wife of Hrachya Hovhannisyan, undergoing punishment in the Russian Federation, and her father Anahit and Viktor Martirosyans. The reception aimed at presenting in details the procedure of transferring Hrachya Harutyunyan to Armenia, as well as answering their questions.
Armenpress reports that it is published in the official website of the Minister of Justice of the Republic of Armenia that Hovhannes Manukyan informed the members of the family of Harutyunyan that the claim of Anahit Martirosyan, sent to the Ministry in the early December, asking to transfer Harutyunyan to Armenia to continue the punishment in his country, is in the process, adding that the transfer of the convict is a time-consuming process.
The accident happened on July 13, 2013 when a Kamaz truck carrying rubble, at the intersection crashed into a bus with 64 passengers, following from Podolsk to Kurilovo. As a result of the accident 18 people died and 40 more got wounds.

11:29, 05.19.2022
2305 views U.S. recognizes role of population of Nagorno-Karabakh in deciding its future–Ambassador Tracy’s interview to ARMENPRESS