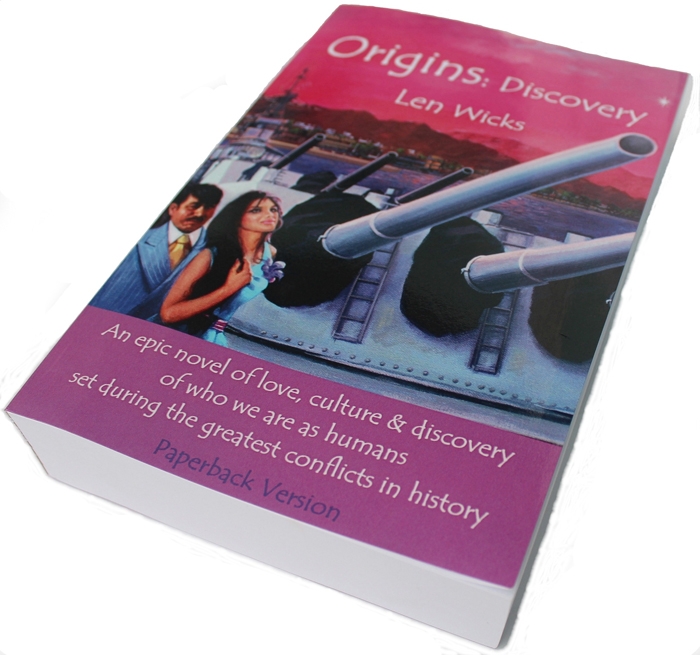 YEREVAN, NOVEMBER 12, ARMENPRESS: The presentation of the book devoted to the memory of the victims of the Armenian Genocide “Origins: Discovery”, written by a New Zealand writer Len Wicks, was held. Armenpress reports that the book respects also the memory of the soldiers, who arrived from Australia and New Zealand to Gallipoli on April 25 1915 to fight against the Ottoman Turks, responsible for the Armenian Genocide.
“I was inspired by my Armenian wife and the visit to Armenia to write the book. This is just a novel, but, as you know, the words are stronger than the arms. Countries were destroyed by thoughts. Though this novel has been written with a contrary objective: to bring peace to Armenia and its neighbors. As the book was written by a West’s representative, it was intended to open the hearts of the readers of the western countries”, - said Len Wicks during the presentation of the book.
“Origins: Discovery” is an epic story set during the greatest conflict in history. The book is written in three Parts, including Part 1: The Axis Rises, Part 2: Defending the Free World, and Part 3: Discovering Humanity. The story starts in 1930 during Soviet Communist times, exploring the challenges of life in the Armenian village of Arpa, which is renamed Areni in later years. One of the villagers doesn't know that she has a secret within her of monumental significance.
In 1937, a single decision changes the past that we know today – an alternative history. When in 1941, Japan decided to attack the Soviet Union with the Axis allies, it caused the fall of the communist state. The United States did not involve in the war, as it actually happened, and the Axis countries spread their influence across North Africa, Europe and Asia.
The heroes are ordinary people. Each of the five individuals, representing small nations or communities, plays a key role in the settlement of this conflict, although one of them is sacrificing his life.
The two topics of this story are intertwined. One includes the conflict and the development of the advanced technologies, such as nuclear weapons. The second theme reveals a big secret about humanity. It is a mirror of human consciousness, which ultimately plays a crucial role in the collapse of the axis countries.
Since the main characters are from different countries, geographic events are moved from one place to another, while later in the novel, they begin to meet each other. The choice of different locations is intended to send a message to the reader, according to which, in order to achieve the best results men from different parts of the world should cooperate with each other. It also allows forming an opinion about various cultures.
The former Prime Minister of Nez Zealand Phil Goff wrote in his message to the writer that the Armenian Genocide is one of the most terrible events in the human history and must not be forgotten. Mr. Goff has sent a letter to the current Minister of Foreign Affairs of New Zealand, urging him to consider recognition of the Armenian Genocide.

11:29, 05.19.2022
3220 views U.S. recognizes role of population of Nagorno-Karabakh in deciding its future–Ambassador Tracy’s interview to ARMENPRESS