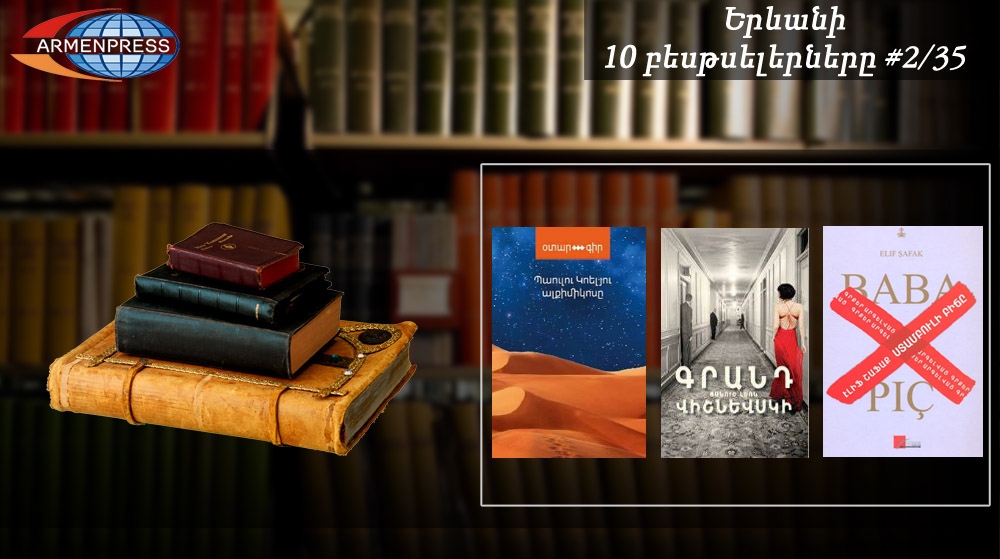 This book has been translated into 67 languages and according to AFP, it has sold more than 30 million copies in 56 different languages, becoming one of the best-selling books in history and winning the Guinness World Record for most translated book by a living author.

"The Little Prince" by French author Antoine de Saint-Exupéry occupies the second place. The novella is both the most read and most translated book in the French language, and was voted the best book of the 20th century in France. The book was translated into more than 250 languages and dialects, as well as Braille.

The widely acclaimed book, considered by many to be the author's masterpiece, was first published in Spanish in 1967, and subsequently has been translated into thirty-seven languages and has sold more than 30 million copies. The magical realist style and thematic substance of One Hundred Years of Solitude established it as an important, representative novel of the literary Latin American Boom of the 1960s and 1970s, which wasstylistically influenced by Modernism (European and North American) and the Cuban Vanguardia (Vanguard) literary movement. One Hundred Years of Solitude tells the story of the rise and fall, birth and death of the mythical town of Macondo. Inventive, amusing, magnetic, sad, and alive with unforgettable men and women -- brimming with truth, compassion, and a lyrical magic that strikes the soul -- this novel is a masterpiece in the art of fiction.

"Steppenwolf" novel by German-Swiss author Hermann Hesse is the fifth place in our list. Originally published in Germany in 1927, it was first translated into English in 1929. Combining autobiographical and psychoanalytic elements, the novel was named after the lonesome wolf of the steppes. The story in large part reflects a profound crisis in Hesse's spiritual world during the 1920s while memorably portraying the protagonist's split between his humanity and his wolf-like aggression and homelessness. Hesse would later assert that the book was largely misunderstood.

"The Book of Mher's Door" by Armenian author Levon Khechoyan, which has been published this year, is in the sixth position of the bestseller books list.

The book’s plot is woven with the characters of the author’s own family – with his grandfather Garabet as protagonist.

The next is "Bastard of Istanbul" by Elif Şafak. The book is dedicated to various problems the modern Turkey has to face with. The author pays a lot of attention to the issue of the Armenian Genocide, which has become an insuperable complex in the psychology of the Turks. Elif Şafak's books have been translated into more than thirty languages, and she was awarded the honorary distinction of Chevalier of the Order of Arts and Letters.