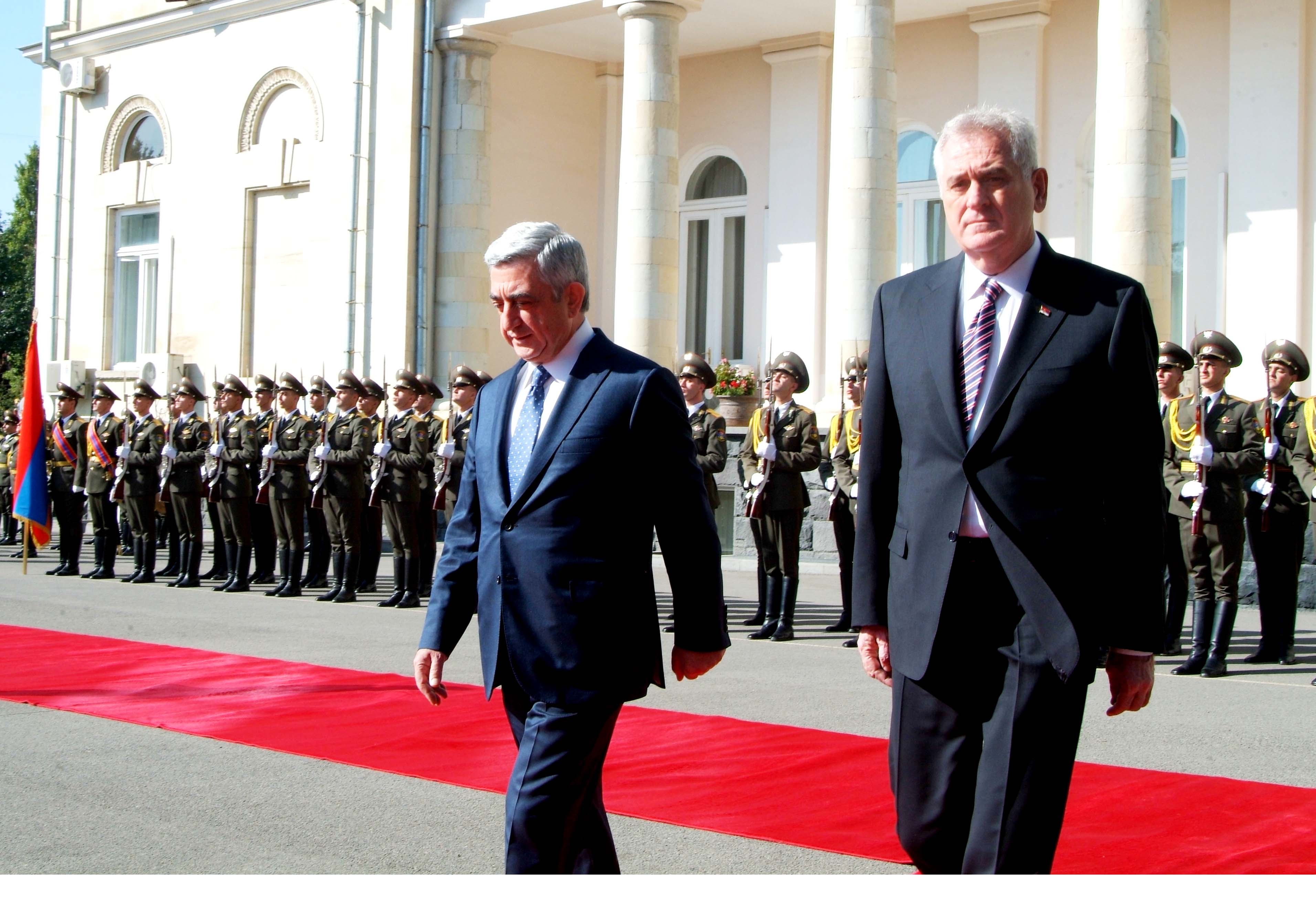 The official welcoming ceremony of the Serbian President took place today at the RA Presidential Palace followed by a private meeting between the two countries’ presidents.

Welcoming the dignitary, President Serzh Sargsyan underscored that the Armenian-Serbian friendship has deep historical roots and there has been numerous manifestations of mutual friendship throughout history which is the basis of deepening and strengthening the present interstate relations. Serzh Sargsyan expressed the hope that the visit of the Serbian President will give a new stimulus to promoting political dialogue and bilateral cooperation between the two countries.

Tomislav Nikolic thanked President Serzh Sargsyan for the warm reception and noted that since his election as President of Serbia, he has attached great value to developing the Armenian-Serbian relations whose current level, according to the president, is dissatisfying. The Serbian President assured that his country will make maximum efforts to strengthen the Armenian-Serbian interstate ties and deepen cooperation.