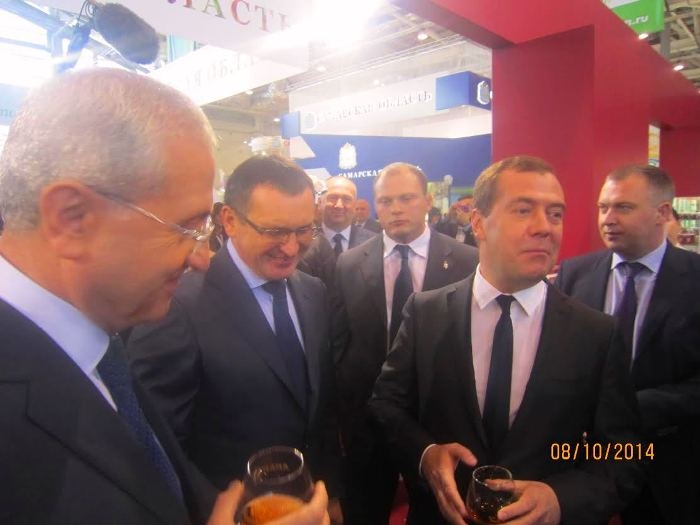 Tasting the Armenian cognac, Dmitry Medvedev qualified it as of high quality and of high demand. The Russian PM also highly assessed the quality of the Armenian cheese, stressing that that he would like to see in the Russian market other Armenian dairy as well.