Charles Aznavour still in love with his profession 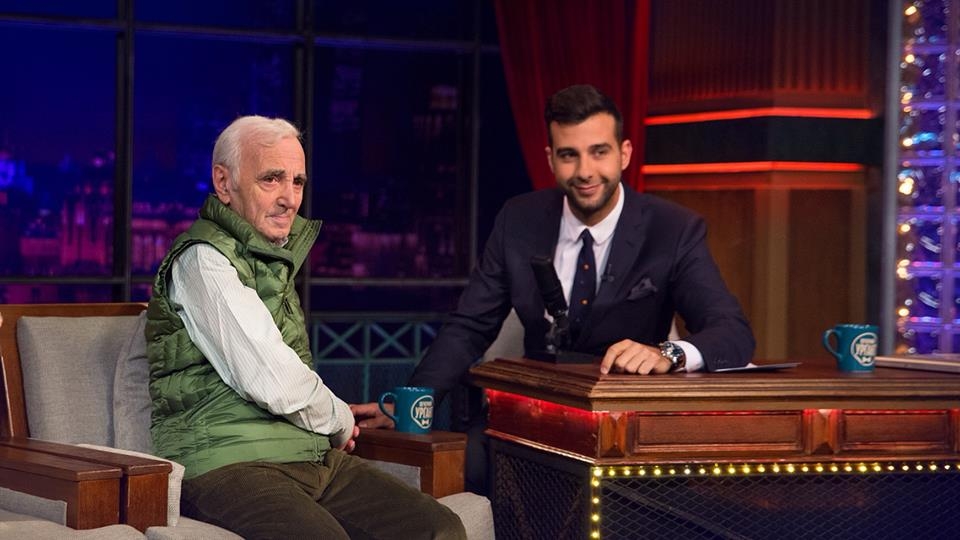 The audience stood up while greeting the Armenian chansonnier and ovations did not cease for a long time.

Among other things, Charles Aznavour stated: “I feel myself ok, because I lead a normal life. I don’t do stupid things. I don’t go to bed late, I don’t eat and drink much. I gave up smoking and I am still in love with my profession.”

Charles Aznavour (Shahan Vaghinak Aznavouryan) was born in Paris in 1924 to a family of Armenian migrants Mikayel and Knar Aznavouryans. As a young man he was fond of theatre, but in 1940s he started to give performances in cabaret with Pierre Roche.

Besides being one of France's most popular and enduring singers, he is also one of the best-known singers in the world. Aznavour is known for his unique tenor voice: clear and ringing in its upper reaches, with gravelly and profound low notes. He has appeared in more than sixty movies, composed about a thousand songs (including at least 150 in English, 100 in Italian, 70 in Spanish, and 50 in German), and sold well over 100 million records.

In 1974, Aznavour became a major success in the United Kingdom where his song "She" went to Number One in the charts. His other well-known song in the UK was "Dance in the Old Fashioned Way".

One of Aznavour's greatest friends and collaborators from the music industry is legendary Spanish operatic tenor Plácido Domingo. In 1994, Aznavour performed with Domingo and Norwegian soprano Sissel Kyrkjebø at Domingo's third annual Christmas in Vienna concert. The three singers performed a variety of carols, medleys, and duets, and the concert was televised throughout the world, as well as released on a CD internationally.

On 30 September 2006, Aznavour performed a major concert in Yerevan to start off the cultural season "Arménie mon amie" in France.

In 2008, an album of duets, Duos, was released. It is a collaborative effort featuring Aznavour and his greatest friends and partners from his long career in the music industry, including Céline Dion, Sting, Laura Pausini, Josh Groban, Paul Anka, Plácido Domingo, and many others.

Since the 1988 earthquake in Armenia, Aznavour has been helping the country through his charity, Aznavour for Armenia. Together with his brother in-law and co-author Georges Garvarentz he wrote the song "Pour toi Arménie", which was performed by a group of famous French artists and topped the charts for 18 weeks. There is a square named after him in central Yerevan on Abovian Street, and a statue erected in Gyumri, which saw the most lives lost in the earthquake.

In 2004 Aznavour received the title of "National Hero of Armenia" for his humanitarian work, Armenia's highest award.

During a career that has lasted over 70 years, he has appeared in over 60 films, composed over 1,000 songs and sold over 100 million records worldwide.