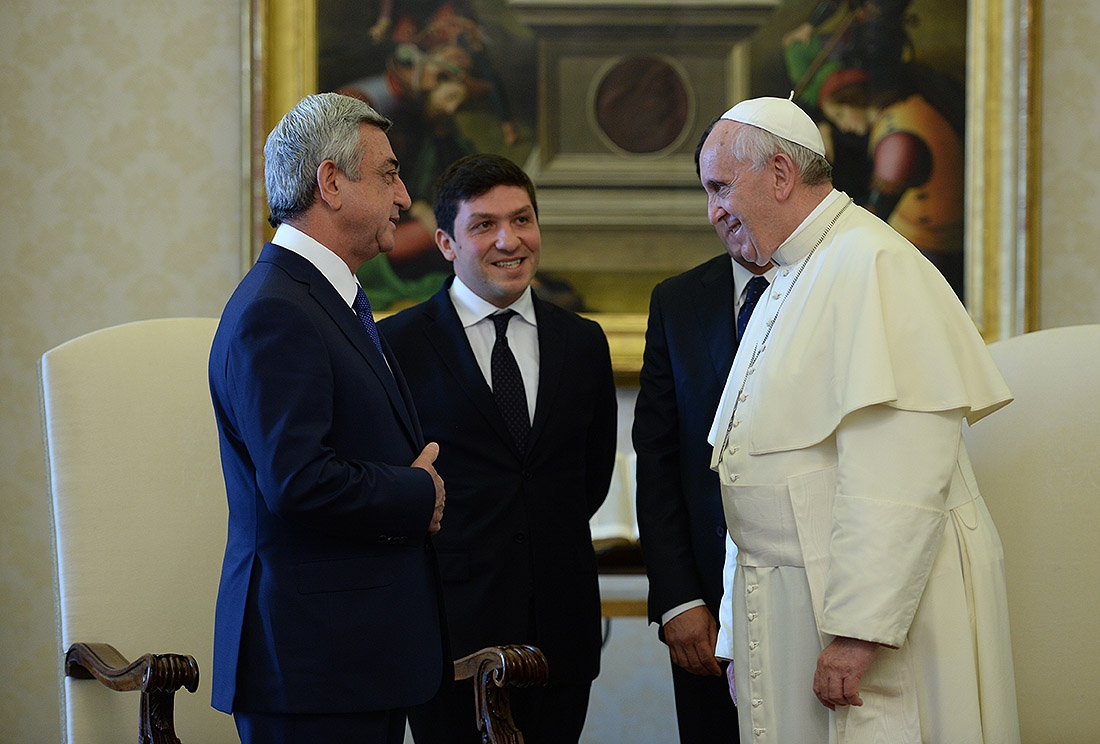 
YEREVAN, SEPTEMBER 19, ARMENPRESS: Within the framework of his official visit to the Holy See (Vatican), President Serzh Sargsyan had  a private conversation with Pope Francis of Rome.

Department for Mass Media and Public Relations of the Armenian President’s Office informed Armenpress that the President and His Holiness spoke of the high-level relations established between Armenia and Vatican, stressing that those solid relations stem from the same Christean value system and ideology.

The interlocutors attached importance to top level mutual visits and contacts that have become of frequent nature in the recent years and which display the mutual readiness to keep the bilateral relations in the focus of attention. Serzh Sargsyan and His Holiness also referred to the close cooperation established between the Mother See of Holy Echmiadzin and the Catholic Church.

Subsequently the President of Armenia met with Cardinal Pietro Parolin. The interlocutors discussed the current Armenian-Vatican relations and development prospects. They expressed gratification that those relations are developing intensively recently.

They also touched upon the Karabakh conflict issue. Serzh Sargsyan expressed gratitude to Cardinal Pietro Parolin for the balanced position of the Holy See on the Nagorno Karabakh conflict.