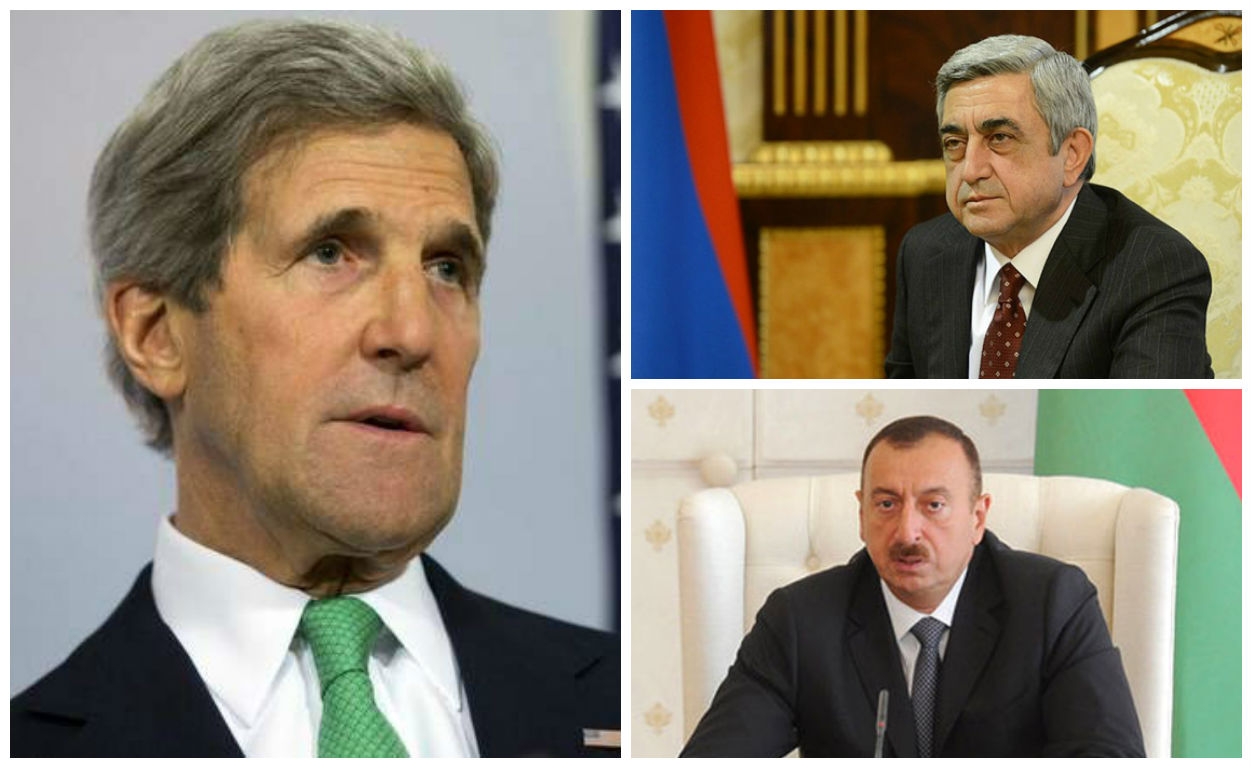 YEREVAN, SEPTEMBER 4, ARMENPRESS: The US Secretary of State John Kerry will meet in several hours with the President of the Republic of Armenia Serzh Sargsyan and the President of Azerbaijan Ilham Aliyev, in Wales, United Kingdom in the framework of the NATO summit taking place in Cardiff.
Armenpress reports that it was published by the official website of the US Department of State, informing that the meeting will take place at 17:30 Wales time (20:30 Yerevan time). No information is available about the place of the meeting.
Earlier it was reported that the U.S. Co-Chair of the OSCE Minsk Group James Warlick is hopeful that the issue of peaceful regulation of the Nagorno Karabakh conflict will be discussed within the framework of the NATO Summit in Wales. The Ambassador James Warlick made the following note in his Twitter page: “Leaving today for the NATO Summit in Wales.” In the end of the post, Warlick placed #NKpeace. This gives hope that it’s possible that discussions dedicated to the peaceful regulation of the Nagorno Karabakh conflict may be held in Wales.
The President of Armenia Serzh Sargsyan will participate in the meeting of the heads of governments and states of the mission of the International Security Assistance Force (ISAF), which will be conducted in the framework of the summit of the North Atlantic Alliance. Serzh Sargsyan is intended to deliver a speech.

21:29, 09.24.2021
Viewed 2014 times Today, no Armenian lives or practically could live in the territories under the control of Azerbaijan – Pashinyan