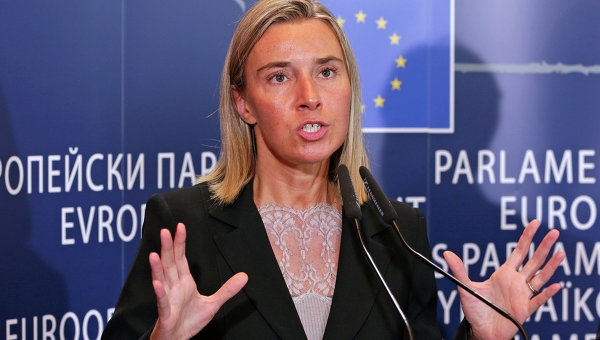 
YEREVAN, SEPTEMBER 4, ARMENPRESS. Iranian Foreign Minister Mohammad Javad Zarif has called for the expansion of ties with the European Union following the appointment of Federica Mogherini as the EU foreign policy chief.

As reports “Armenpress” citing Press TV, Zarif made the remarks at a joint press conference following a meeting with Mogherini after he arrived in Rome on the last leg of his three-nation European tour on Wednesday.

“I think we have common ground both in terms of opportunities… as well as cooperation in order to address common challenges,” said the Iranian foreign minister.

“This mixture of challenges and opportunities should provide us with a basis for further work together, particularly with the role Italy has played as a bridge between the European world and Islamic world. That role can be further enhanced” by Mogherini’s appointment.

Mogherini will become the EU’s new foreign policy chief for the next five years after succeeding incumbent Catherine Ashton in November. Ashton represents the P5+1 group -- the United States, Britain, Russia, China, France and Germany -- in nuclear talks with Iran.

Iran and the P5+1 signed a historic interim deal in the Swiss city of Geneva in November 2013. The agreement entered into force on January 20 and expired six months later. In July, Iran and the six countries agreed to extend their negotiations until November 24 in a bid to work out a final accord.

The next round of nuclear talks will be held in New York later this month.