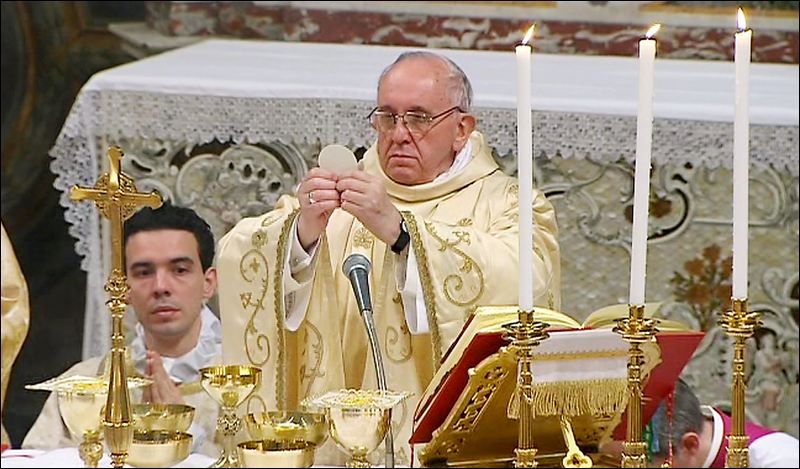 
YEREVAN, AUGUST 18, ARMENPRESS: Pope Francis will celebrate Mass for the Armenian Genocide centennial in the Basilica of San Pedro on April 12, 2015, as announced by the Cardinal Archbishop of Buenos Aires Mario Poli during a mass in the Armenian Catholic Parish of Our Lady of Narek on Sunday 17th August.

"The Pope replied to the invitation from the Armenian Catholic Church a year ago through the Patriarch Nerses Bedros XIX to celebrate a mass for the recognition of the Genocide," as reports "Armenpress" citing Prensa Armenia, stated the pastor of Narek, Pablo Hakimian, when asked by Prensa Armenia.
During the meeting with the Patriarch of Cilicia of the Armenians Nerses Bedros XIX Tarmourini in June last year, Francisco also received the daughter of a surviving family of the Armenian genocide, he heard her, took her hand and said: "It was the first genocide of the twentieth century." This gesture draw criticism from Turkey, and the Ministry of Foreign Affairs issued a statement considering that "the expressions of Pope Francis are absolutely unacceptable."