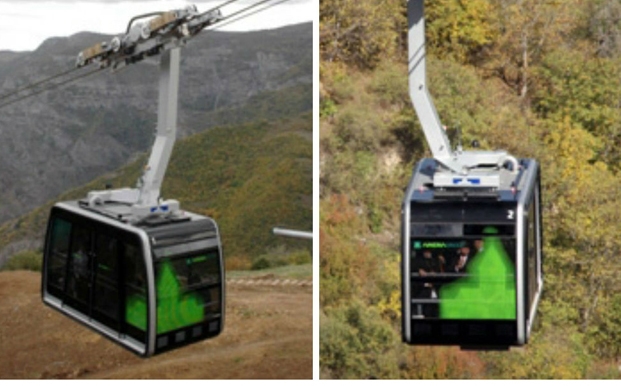 
YEREVAN, AUGUST 7, ARMENPRESS. The world’s longest non-stop reversible aerial tramway “TaTever” (Wings of Tatev) has transported its jubilee passenger. The 250 thousandth passenger is Meri Hovhannisyan from Yeghegnadzor, who came to Tatev with her brother, Arthur Bayatyan, from St. Petersburg. Aerial tramway personnel had prepared a surprise for the jubilee client giving one year free access to “TaTever”, as well as various souvenirs.

As reports "Armenpress", "Tatev Rebirth" project director Aren Apikyan reminded that the income received from the ropeway is directed to the restoration of Tatev monastic complex and community development projects.

Tatev Gateway, the world’s longest non-stop reversible aerial tramway between Halidzor and the Tatev monastery, was opened on October 16, 2010 and its first passengers were the Presidents of the Republic of Armenia and Nagorno-Karabakh Republic (Artsakh), the Catholicos (head) of the Armenian Apostolic Church, and children from local villages. Just days later it was recorded in the Guinness World Records Book as the world’s longest non-stop reversible aerial tramway with a length of 5,752 meters. The cable car travels at a speed of 37 km (23 mi) kilometers per hour and a one-way journey takes 10 minutes. At its highest point over the gorge, the car travels 320 m (1,050 ft) above ground level.