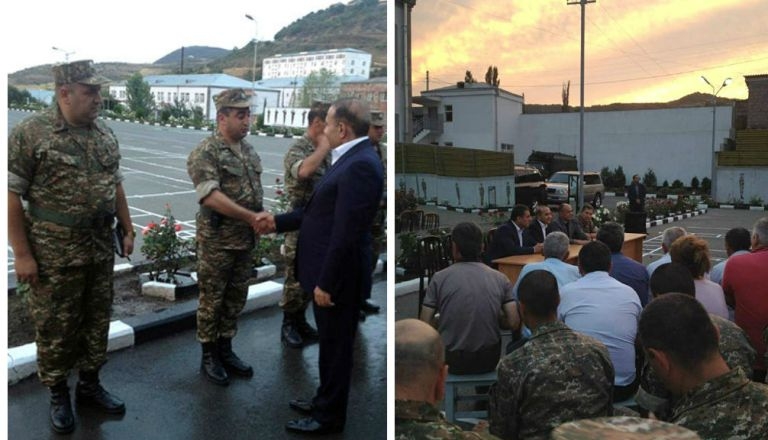 
YEREVAN, AUGUST 4, ARMENPRESS. On August 4, the Prime Minister of the Republic of Armenia Hovik Abrahamyan and Minister of Defense of the Republic of Armenia Seryan Ohanyan paid an unexpected visit in N military unit in Tavush province’s Noyemberyan region, where they met with the border community leaders, officers and soldiers. Before this the Prime Minister and Minister of Defense were attended the requiem service for senior lieutenant Zorik Zh. Gevorgyan, hero killed in Martakert border incident.

The Information and Public Relations Department of the Government of the Republic of Armenia informed “Armenpress” that first the Prime Minister was reported about Armenian-Azerbaijani border situation and the responsive actions of the Armenian forces. Then, referring to social issues of the soldiers and border villages’ population, the Prime Minister stressed that activities are being held for solving them and promised to continue the increase of regular officers’ salaries whenever possible.