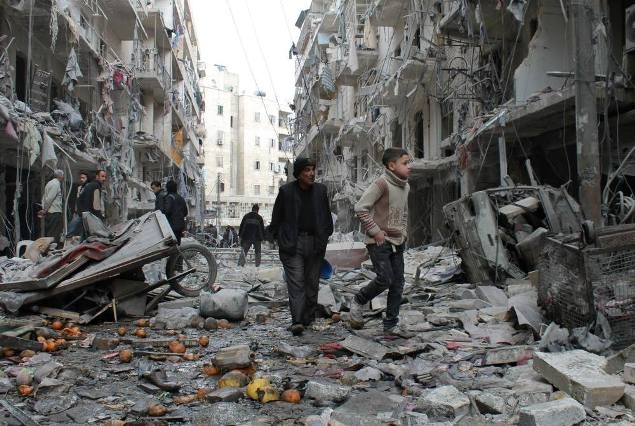 
YEREVAN, APRIL 28, ARMENPRESS. In the morning of April 27 Aleppo was shaken by a number of strong explosions. The explosions thundered in the regions of the Old City of Aleppo, al-Aqaba, Sabaa Bahrat districts. "Armenpress" was informed about this from “Berio News” Facebook page. In Sabaa Bahrat district an industrial building was wrecked to the ground. The explosion, which was as strong as an earthquake shook even the districts populated by Armenians. Besides, a power converter center was completely destroyed.

The explosions were followed by armed clashes between the Syrian army and the militant groupings. In the result of hours-long clashes dozens of militants were killed. The Syrian army has carried out extensive operations in the areas controlled by the militants, as well as attempts to stop their penetration into the pro-government areas.