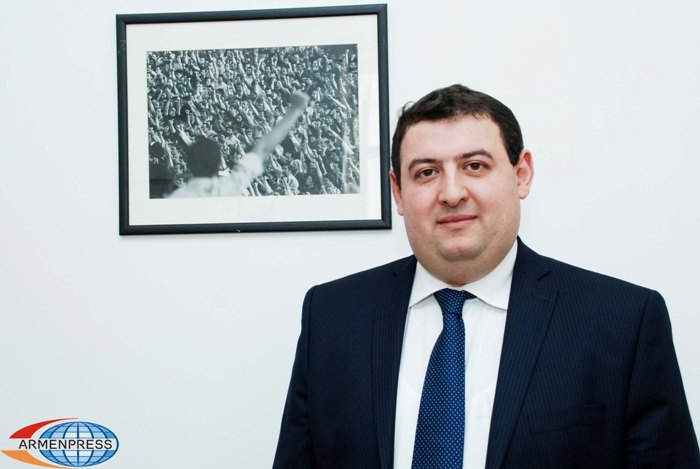 
YEREVAN, APRIL 23, ARMENPRESS: Turkish prime-minister Recep Tayyip Erdogan has made an official statement on April 23 concerning the April 24 events of 1915. On this occasion “Armenpress” has interviewed Doctor of History Aram Ananyan.

- Erdogan tries to equalize the suffered pain of the victim with the unsuffered pain of the perpetrator. Turkish political and media establishment will do their best to present this event as a historic one. The reality is that the fear of the recognition of the Armenian Genocide has picked up in Turkey.

The history testifies that Turkish steps on the level of show and theatre precede irreversible processes. So, seeing that the crimes perpetrated in the Ottoman Empire will be condemned, Turkish side gets into panic and the face of that is Erdogan’s statement today.

You know, if Turkey was sincere and just in its approach, there would be no obstacles for our neighbor to recognize the Armenian Genocide, but instead of that Turkey tries to deceive the international community. Ankara makes no concrete step towards the condemnation of the crime prepared and brought to life in the Ottoman Empire.

-Having analyzed the statement of the Turkish prime-minister can you predict some new qualities of Turkish denialism?

- You are right the statement of the Turkish prime-minister speaks about the fact that Ankara develops the toolbox of denialism. Turkish prime-minister values the ability to avoid the recognition of the Armenian Genocide even more than historic truth. Even the slightest analysis of the statement testifies that official Ankara says nothing new. It’s just the reproduction of the Turkish foreign policy doctrine in order to deceive the international community and the interested parties in the matter of the recognition of the Armenian Genocide. The wording of the statement is not new, it’s the summary of Turkish denialist thesis. The “common pain” mentioned by Erdogan is not shared and has never been shared by the vast majority of the Turkish elite. In moral terms Erdogan’s statement is even more dangerous as it manipulates with the historic memory of the Armenians and other Christian minorities of the Ottoman Empire.

On the rest, I should say that Erdogan reshapes some thesis overused and abused by Turkish historiography both in terms of the commission of historians, free archives or in terms of the perception of the events. The most important thing is that there is no remorse in the statement, there is no real attempt by Turkey to truly assess those events.

- Erdogan says in the statement that there is pluralism in Turkey on 1915 events. What is your assessment?

- Turkish denialism has a method: it’s a mixture of half-truth and lie. With Erdogan’s statement Turkey makes no step back from its decades-old position, even tries to gain more political dividends on the eve of April 24 disregarding our pain. For me personally there is no difference whether this statement was made on a website of a mal-educated historian or on Turkish government website; the only difference is that the government webpage maybe has more views.

The brave position of a group of Turkish intellectuals and historians is not the accomplishment of Erdogan or his government. Let’s remember how many criminal cases there have been in the courts on insulting Turkishness with 301 article of the Criminal Code during the one-paty rule of the AKP. Let’s remember Hrant Dink’s assassination and the scandals that came up during investigation of the case. I’m saying this just about the Armenian Genocide and the historic memory. And how should we describe the threats of pressuring the democratic upheaval, silencing the civil society and banning social media. Is this the scared face of changing Turkey?