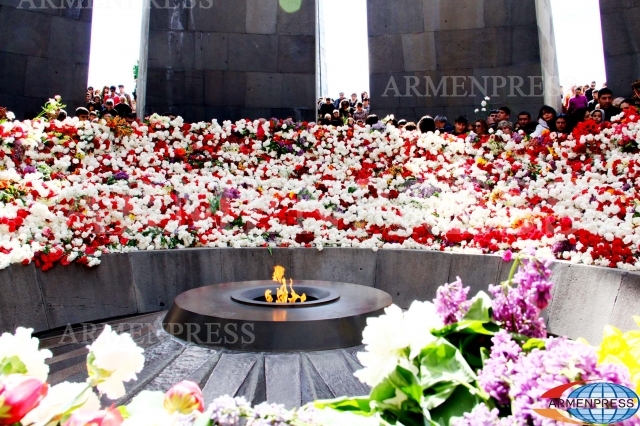 
YEREVAN, APRIL 21, ARMENPRESS. In Turkey there is a negative attitude towards the fact of the Armenian Genocide, but there is also a group of historians, scientists who opposes this approach. As reports "Armenpress", on April 21, this was said in an interview with the journalists by the participant of the International Conference on "The Caucasian front of the First World War, Genocide, Refugees and Humanitarian aid” , hold at the Armenian Genocide Museum-Institute, the Turkish historian Susan Kalayjin. "We used to oppose those approaches, and if in 2005 in Istanbul the conference was first held behind closed doors, the second conference was held in Istanbul with the participation of 350 people. And every time applauses were heard after the speeches, which were dedicated to the Genocide" - said Kalayci answering the question of the journalist.