Hopes of Kessab Armenians to return to their residences grow day by day: Mayor of Kessab | ARMENPRESS Armenian News Agency

Hopes of Kessab Armenians to return to their residences grow day by day: Mayor of Kessab 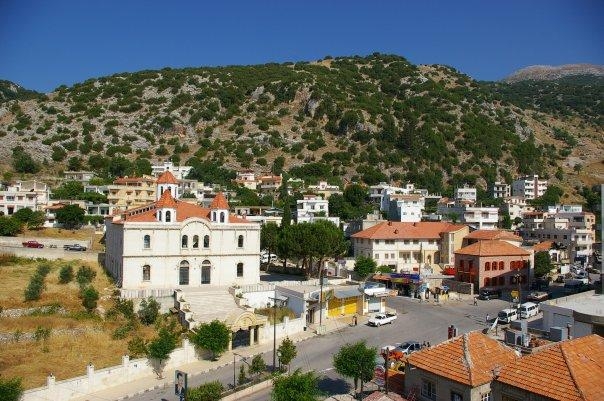 
YEREVAN, APRIL 2, ARMENPRESS: The Syrian army continues to move forward establishing control in new areas. The Mayor of Kessab Vazgen Chaparian stated this in a conversation with Armenpress. He added that today the Armenians of Kessab have greater hopes to return to their residences. The Mayor also noted that many of 700 Armenian families who found shelter in the Church of Latakia have rented houses in Latakia or reside in the houses of their relatives, while about 50 Armenian families are in the Church which receive necessary assistance.

As for the rest Armenians of Kessab, Vazgen Chaparian informed that some of about 17 Armenians of Kessab wanted to leave the residence, some of them stayed in Kessab. “Thanks God, there are no victims, injured and arrested people. The Armenians that stayed there are over 80 years and the fighters did not harm them,” the Mayor stated.

According to the Armenian Weekly, the armed incursion began on Friday, March 21, 2014 with rebels associated with Al-Qaeda’s al-Nusra Front, Sham al-Islam and Ansar al-Sham crossing the Turkish border and attacking the Armenian civilian population of Kesab. The attackers immediately seized two guard posts overlooking Kesab, including a strategic hill known as Observatory 45 and later took over the border crossing point with Turkey. Snipers targeted the civilian population and launched mortar attacks on the town and the surrounding villages. According to eyewitness accounts, the attackers crossed the Turkish border with Syria openly passing through Turkish military barracks. According to Turkish media reports, the attackers carried their injured back to Turkey for treatment in the town of Yayladagi.

More than 700 Armenian families, the majority of the population of Kesab, were evacuated by the local Armenian community leadership to safer areas in neighboring Basit and Latakia. Ten to fifteen families with relations too elderly to move were either unable to leave or chose to stay in their homes. On Saturday, March 22, Syrian troops launched a counteroffensive in an attempt to regain the border crossing point, eye-witnesses and state media reported. However, on Sunday, March 23, the extremist groups once again entered the town of Kesab, took the remaining Armenian families hostage, desecrated the town’s three Armenian churches, pillaging local residences and occupying the town and surrounding villages. Located in the northwestern corner of Syria, near the border with Turkey, Kesab had, until very recently evaded major battles in the Syrian conflict. The local Armenian population had increased in recently years with the city serving as safe-haven for those fleeing from the war-torn cities of Yacubiye, Rakka and Aleppo.