Arrest of Sevan Nishanyan is attempt to gag another Armenian in Turkey: Nadya Uygun 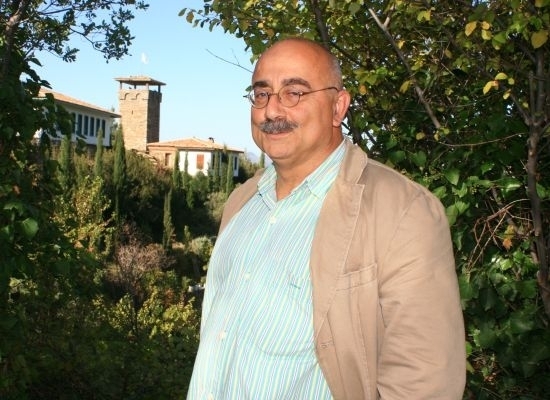 
YEREVAN, MARCH 19, ARMENPRESS: In the result of the state policy, the Armenian linguist Sevan Nishanyan is one of the Armenians, subjected to tortures and pressure in Turkey, whose voice has been silenced forever in the country. The detention of Nishanyan and the actions against him are an attempt to gag an Armenian, living in Turkey, ahead of the 100th anniversary of the Armenian Genocide. This is to present the world that a group of intellectuals founded the international committee “Freedom and justice to Sevan Nishanyan”. Armenpress talked to one of the  authors of the initiative Nadya Uygun, an Armenian who was born in Turkey.

- Being the member of the international committee “Freedom and justice to Sevan Nishanyan” and at the same time the US coordinator of the structure, what do you think, how can the establishment of the committee affect the state pressure policy against Sevan Nishanyan?

- As a committee, our aim is to present the public and especially the international community the injustice against the Armenian linguist. Because if the injustice towards a scientist, who greatly contributed to the art and tourism, is presented to the world, a serious pressure will be imposed on Turkey.

- The pressures upon the national minorities and especially Armenians have been continuing for centuries in Turkey. When and how can this situation change?

- This situation will remain unchanged for quite a long time, as everything begins from the education first. For example, if the invented history of the Republic of Turkey in the Turkish textbooks is changed, the hatred will little by little change as well. Just imagine that the entire state has been built on a great lie. Their invented “liberation war” was not at all an “anti-imperialistic war”, as they say. It was just a period to establish a state, robbing and stealing property and possessions, as well as killing the Armenians and Christian nations under the pretext of war. 3-4 generations have been brought up, learning by heart this fairy tale. Only in case if all this is accepted and faced, it would be possible to speak about a just state and country. That means that if all this is not done, they would not have any rest and authority.

And besides, it is necessary that they keep aside from the Azerbaijani state and disconnect all the ties with it. It has been for years that a group of very good and courageous people struggle in the name of these principles at the cost of their lives. Maybe we do not see it yet, but “on the wall there is a crack already”… Some day that wall will fall by all means.

- Can the Turkish denial policy change in 2015, ahead of the 100th anniversary of the Armenian Genocide?

- It can change… For a moment we have filled with hope. Though the government, changing its position, has begun cooperating with the deniers. That denial policy will not change for some time. And it cannot change. But the fact that it is already possible to speak about it, proves about a great positive change. Even if many people deny it, they do know about the issue. They know that the mysterious letters on the stones coming under the feet in Anatolia are from the Armenian alphabet. They can deny it as long as they want, but an Armenian trace comes out from each centimeter of the land in the entire geography. (THE FULL VERSION OF THE INTERVIEW IS AVAILABLE IN ARMENIAN)